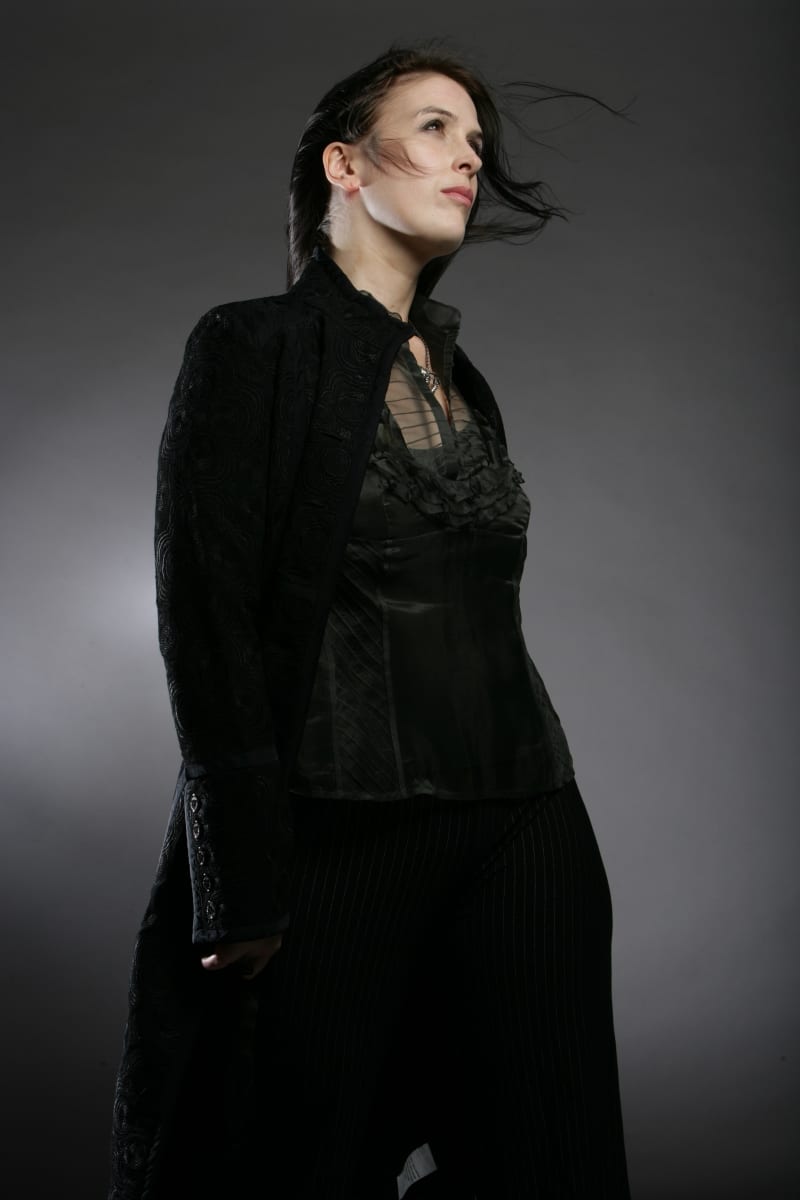 If a thousand people were asked about their dream job, ‘writing for video games’ would probably rank highly – but, as with all dream jobs, the reality differs from the dream.

There’s a reason very few people succeed to make names for themselves in this competitive industry: writing a game from start to finish, alone or as part of a team, is bloody complicated. It’s an art, a tightrope walk between the subjective needs of the developers, gameplay, and players. A game’s entire concept can change mid-development, and just one altered idea can cause a domino effect across the whole script. This mix of artistic flair and surgical adjustment makes game writing a job suited to those with a great deal of patience – and a tremendous amount of talent.

When one of my favourite game writers agreed to an interview, I couldn’t have been more thrilled. Rhianna Pratchett has several acclaimed titles under her belt, such as the Overlord series, cult classic Mirror’s Edge, and Crystal Dynamics’ reboot of the Tomb Raider franchise. Throughout her career, she has brought vast and varied visions to life, working in a breadth of genre and tone. I remember spending countless hours trying to 100% the original Overlord: my devotion owed to the game’s fresh, Python-esque wit and lack of inhibition – a perfect intersection between story and gameplay. Back then, I never considered the difficulties of reaching that point:

‘Balancing the needs of the narrative, the needs of the gameplay and the needs of the player to have an engaging experience, is one of the hardest aspects of writing for games. Especially as those needs don’t always align. What might make for fun gameplay, might not always feel right for a character’s emotional journey or feel at odds with their personality. You’re also working in an industry where narrative has often been undervalued in the past and not given as much time and attention as other aspects of a game’s development. Game writing was often done by whichever team member had the time and inclination to do it, rather than a professional skilled in the field. Therefore, working with professional writers (and other narrative professionals such as narrative designers, storyboard artist and cinematic directors) on a regular basis is still relatively new for the industry and, as a result, writers often must fight hard to get proper team integration and respect.’

The idea of a story-focused game is, itself, fairly new to the industry. In the early days, stories existed as nothing more than a framework for the gameplay: ‘Every 100 years, Dracula returns to life and must be stopped’, ‘The evil doctor is playing God and must be stopped’, ‘The princess has been kidnapped and must be saved’. As technology improved and the art of video games blossomed, more and more developers saw the potential of the medium as a storytelling device. These days, we use terms like ‘story-driven’ or ‘minimalist’ to describe video games – titles like Dark Souls, Shadow of the Colossus, and Undertale representing landmarks in game storytelling. Particularly from Japan, we see writer-developers famed for experimenting in the medium: Yoko Taro and Hideo Kojima behave more like eccentric artists than business leaders. This isn’t, however, a uniquely Japanese trend: in the West, more and more developers are telling stories only video games can tell. Professional writers are the keystone of this evolution.

I asked Rhianna when, exactly, writers are brought in:

‘It can vary wildly. These days if a game has a central narrative focus, such as adventure or role-playing games, then it’s likely that the studio will already have in-house writers and narrative designers in-house. AAA games may produce their narrative via both in-house and external writers (like myself.) However, this isn’t standard across the industry and writers can often be hired quite late in a game’s development cycle (sometimes a year to six months before a game ships) and just used to polish up a designer-written script or vainly attempt to weave a story around existing assets and mechanics. It’s what I call being a narrative paramedic. You’re hired to revive a dying story. Thankfully, this situation is starting to lessen, and writers are being hired earlier in the process. It’s still not as early as I’d like, but their skills are being recognised and used to develop the narrative alongside the gameplay, and work with it rather than against it.’

Ultimately, the developer has the final call over what goes into their game. It’s the writer’s job to bring another person’s vision to life, so it’s only natural that the final draft will look vastly different from the first. I asked Rhianna how much of her writing, on average, gets left on the cutting room floor:

‘There’s no real average. It depends on the type of game you’re writing for, the number of writers involved and the timeframe and budget of the project. In large AAA games you’ll likely be sharing the narrative load with other writers with different responsibilities – cinematics, level dialogue, secondary narrative, barks etc. you might be editing and rewriting each other’s work. In smaller games you might be writing everything yourself. Then, of course, there are unforeseen circumstances such as characters and levels being cut. I’ve worked on a game where the entire third act got cut for budgeting reasons. In those cases, quite a lot can be left on the cutting room floor.’

With so many potential roadblocks and annoyances, I was curious: what was Rhianna’s favourite project to work on? On the player-side of the screen, it’s easy to paint pictures of what a game’s development was like – games that were lovingly crafted feel lovingly crafted – so I had a pretty good idea what Rhianna’s answer would be. She didn’t disappoint:

‘Probably Overlord (with Overlord II being a close second). They were developed with fairly small teams (30-40 people) so it was easier for me to work closely with the designers, artists and audio department. I also co-directed the audio on the first game (and directed the audio on the second) which was great fun to do and gave me a lot more creative control. The games also embraced humour at every level which was very appealing to me and allowed me to have a blast with the script and the actors. The Overlord games really were as fun to develop as they are to play. A rare thing!’

To conclude, I asked Rhianna what advice she’d give to aspiring video-game writers:

‘Play lots of different games. From AAA to indie games. All genres. Study the different ways that narrative is used in the game and take notice of the ways in which the mechanics, level design and art contribute to the narrative. Keep writing. Keep honing your craft. Practice, practice, practice! Read books, take classes. Immerse yourself in the world. Lastly network. Go to conferences and festivals such as GDC, Nordic Game, Reboot, E3, Develop and Anime, especially those ones with a show floor where you can meet developers and look at the projects they’re developing.’