“We have a brand new record so we’ll be playing a bunch of new songs.” – Chuck Billy

With Testament preparing to pulverise Download Australia in Sydney and Melbourne in March, plus a sneaky sideshow in Brisbane, vocalist Chuck Billy joins HEAVY for a chat about what to expect and more when the legendary thrash metallers hit our shores.

“We have a brand new record so we’ll be playing a bunch of new songs”, he said.

“We start our European tour with Exodus and Death Angel next week so we’ve been practising and pulling out a lot of old songs. It’s gonna be a heavy fest so I think it will probably carry over to Australia because we’ll be so warmed up with these new songs and songs we haven’t played in a while so it will be nice. By the time we get to Australia, we will be playing some songs that they’ve never seen live from us so it’s gonna be pretty awesome”!

In the full interview, Chuck discusses both Download and their Brisbane show in more detail, divulges if he still gets nervous before big shows, whether Testament write setlists more for themselves or their fans, how different songs work better in outdoor and inside concerts, the history of Testament including the early days, their commercial success with second album The New Order and why that happened, moving away from thrash with The Ritual, experimenting with death metal on subsequent albums, where Testament are at their best, the musical direction of new album Titans of Creation which will be released on April 3 and more. 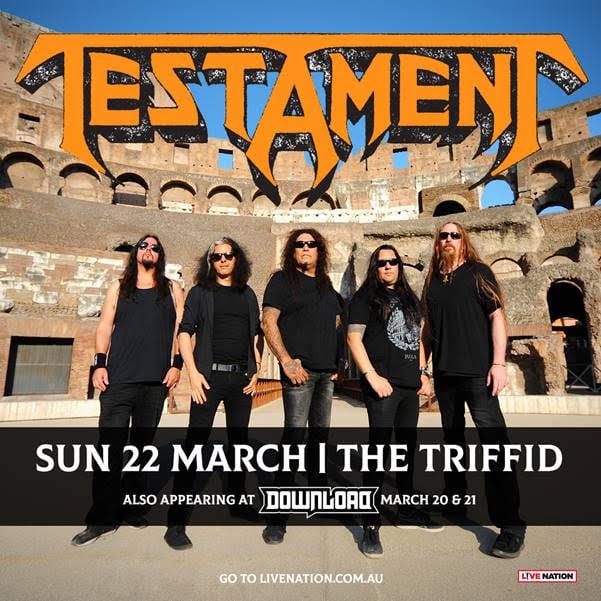 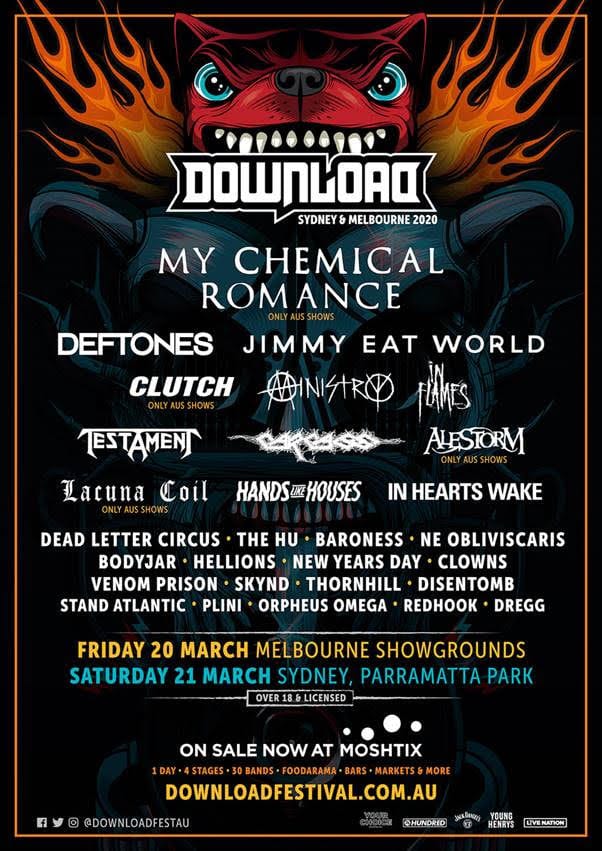