“To me it means everything,” affirmed Ronnie Winter, vocalist for The Red Jumpsuit Apparatus on the significance of their latest single ‘On Become Willing’ reaching ten weeks at number 1 on the Billboard Christian Rock Charts. “We have been a band for so long and we had a lot of success in the beginning and we kind of nodded off for a while and now we’ve got a bit of success again. I grew up listening to bands and the great thing is most of the bands that I listened to are still playing so we’ve always wanted to be a band with longevity. We’ve always been professional musicians. I was classically trained in orchestra, so was my brother, and music has always been a career for us. We know we were not always going to be on top and we know we’re not always gonna be the biggest band in the world but when it starts to go that way again it’s nice, I’m not gonna lie.”

In the full interview Ronnie discusses the band upcoming tour of Australia and what they have in store for us, the response to latest album The Awakening six months after its release, the early days of the band, the pressures of having a hit single on your first album and the desire to top that on future releases, the pros and cons of going independent as a band and the importance and effect of music as a weapon for awareness. 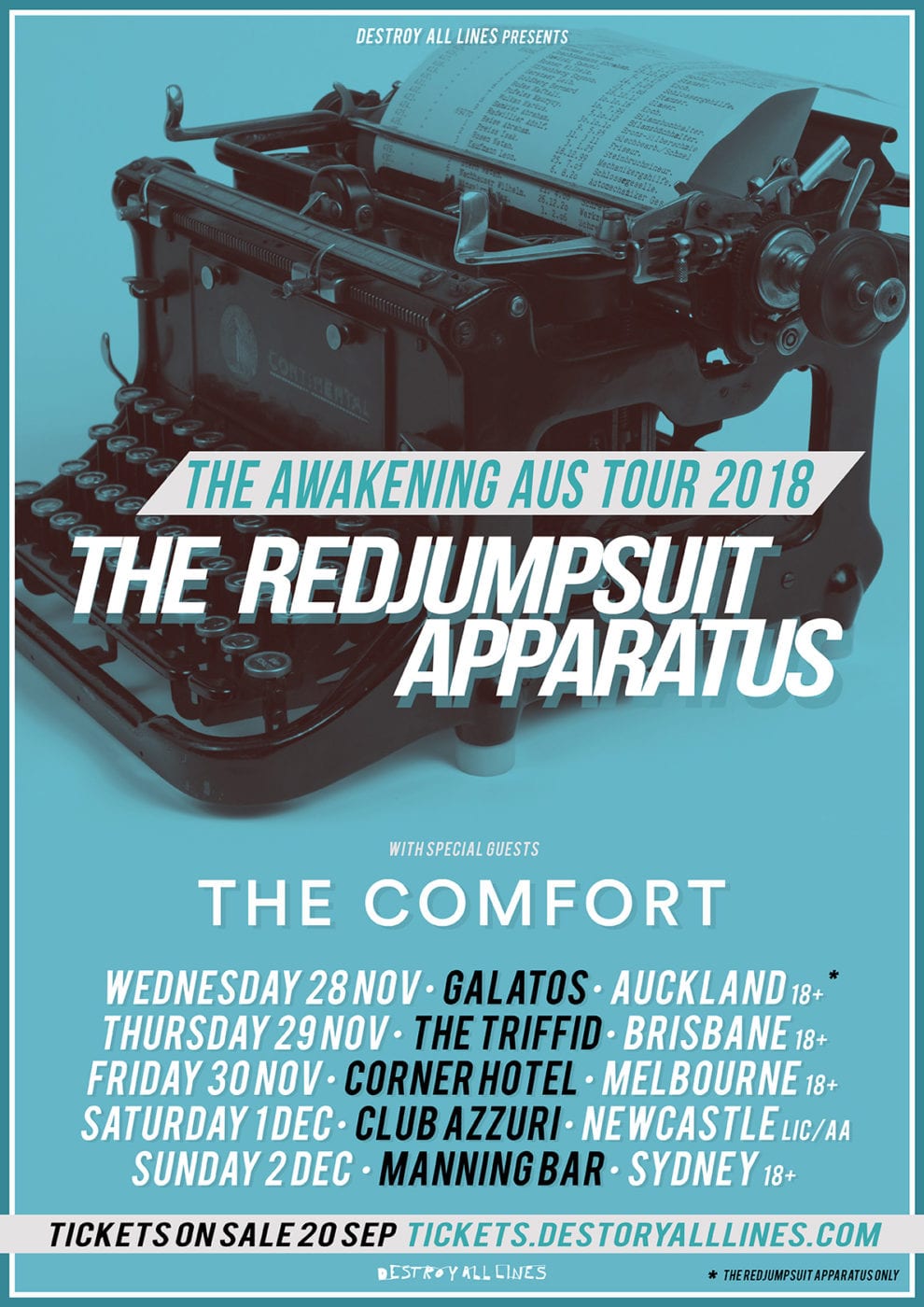