Stop the presses everybody because Norwegian symphonic metal outfit Sirenia have just released one of the albums of the year. When you sit down to listen to Arcane Astral Aeons you are not just listening to an album, you are listening to a masterpiece. As an album it feels like it enhances the genre of symphonic metal to a whole new level and this is an album that is going to be loved by newcomers and fans of Sirenia alike.

HEAVY Mag recently sat down with the main man behind Sirenia Morten Veland to dig a little bit deeper into this amazing album.

“There was a lot of hard work go into this album,” says Veland who sounds incredibly relaxed when we chat to him. “We didn’t just spend hours and hours with this album, we spent two years as a whole. I feel with this new album also that with this new line-up we are more welcoming as a band. We have toured a lot over the past two years and that means that we have spent a lot of time together. I also think that the album itself has benefited from that and we set some really high goals for ourselves as far as production and sound for the album as well. We even launched a crowd-funding campaign to get our fans to help us out and that enabled us to work with the big studios and with the big producers and partners that we wanted to work with. I think the album turned out to be really amazing… even a little bit better than I hoped for.”

“I started in this business in the mid-90s,” says Veland when I ask why the band decided to go down the crowd-funding pathway. “I signed my first record deal in 1996 and I’ve been doing music ever since and I have seen how the music industry has changed over all these years and it has been about trying to adapt to the changes. The important thing for me with every album is to try and improve with each album, try to take it to the next level and try to take that extra step forward. With the business today it is hard times and generally labels and such have less money so for artists we have to try and producer better albums on lower budgets so it sounds like an impossible task. So with my new album I’m not going to compromise with quality, there is no way, that is not the way I do things. I was not going to release some crappy album I wanted to release something high quality so I thought either we find a way to make this work or we leave it. So the idea we had was to crowd-fund like more and more bands are doing these days.”

Arcane Astral Aeons is out now through Napalm. You can hear our full Sirenia interview on the Spreaker player on this page. 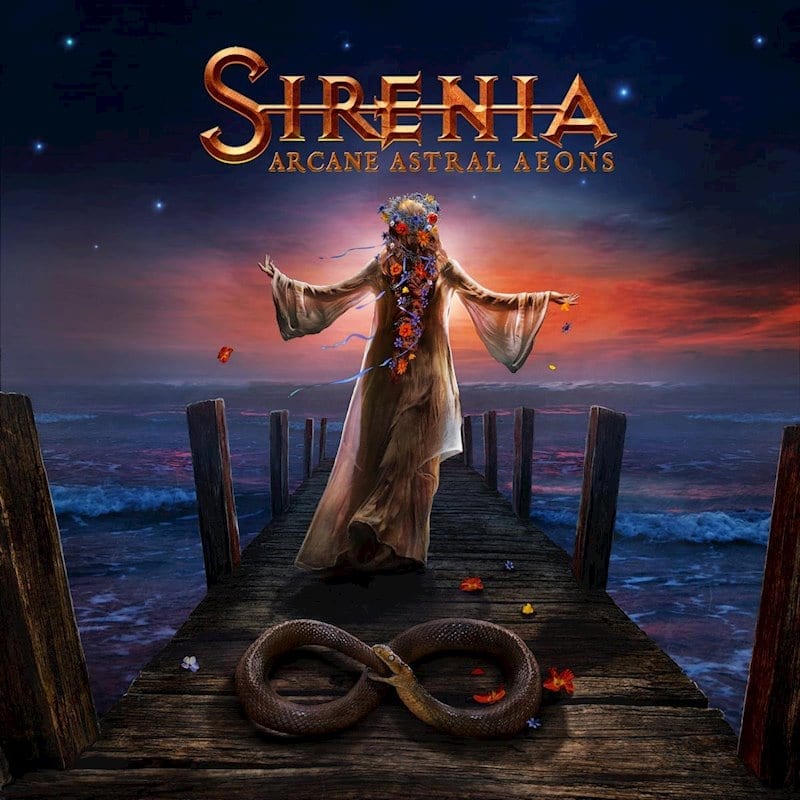