Reaching For The Stars With ASTRODEATH 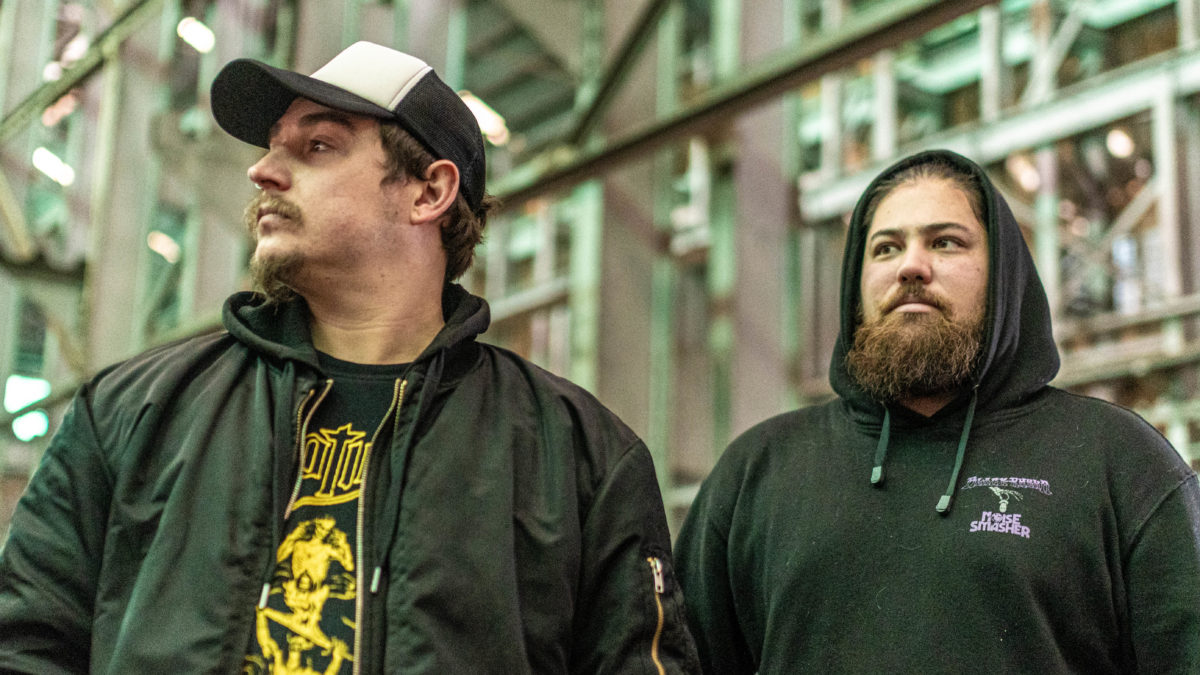 Sydney intergalactic metal warriors Astrodeath are one of those once in a generation bands that sees things unlike any of their peers and goes about their daily music business with a minimum of fuss but maximum rewards.

After taking the novel approach of releasing their self titled debut album as a downloadable attachment to a comic book, the two members (yes, I said two) – frontman and axe slayer Tim Lancken and drummer Yoshi Hausler backed up what could have been a marketable flash in the pan with a hectic touring schedule that saw the likeable duo traverse the country and slay all before them.

Seldom do you come across a band with this few members that has the massive musical output generated by Lancken and Hausler, and, to top it all off, the two are just dead set likeable characters.

After releasing their latest single Invasion, which makes up exactly one half of a split EP with Mountain Wizard Death Cult called Wretched Invasion, the boys now turn their attention to their second album, the appropriately named Astrodeath 2, with Lancken stopping in for a chat about the new song and all that goes with it.

Invasion is an eclectic, sporadic, brutally mesmerizing piece of music and when I probe (well we are talking aliens) Lancken for an insight into Astrodeath’s approach to churning out this musical grandeur he simply gives me a knowing look and smiles.

“It’s just what we do, man,” he almost winked at me. “When we write we just get in the room and make some noise and make some riffs and try to make stuff happen. The song is a part of the story from a comic book. Our first album we released a comic book and this time we’re doing the same but the difference is with this comic that our mate Glenno’s written the story for us and then we’ve written songs to go with the story so it’s kind of a bit of a concept album. This one invasion is kind of like the part where the aliens come and fuck everyone up.”

In the full interview Tim runs us through the concept in greater detail, the possible trajectory the story arc may take in the near future, the split EP with MWDC, their delayed touring plans, just how they produce such a massive sound with half as many members as most standard outfits and more.