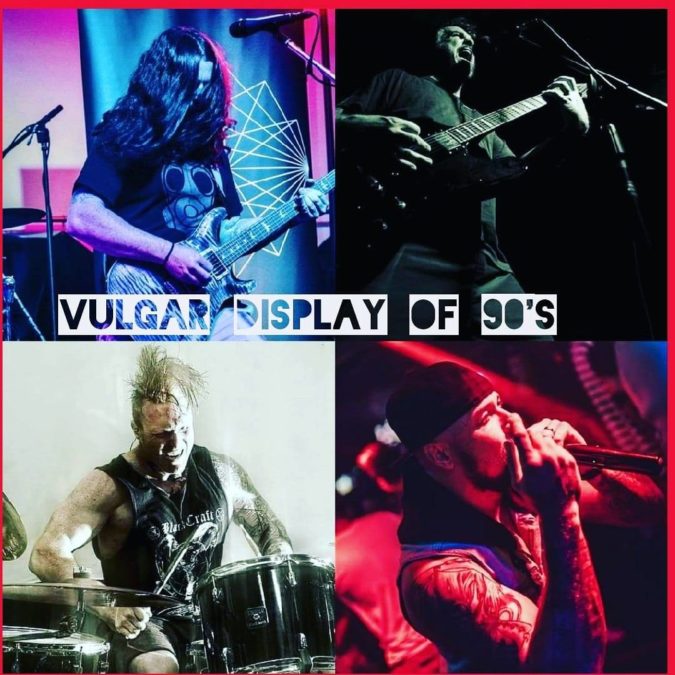 Every decade of heavy metal is defined by the quality of bands that released music in that ten year span, but one thing they all have in common is great metal will always be great metal.

Most people of the current generation would have to agree that the 1990’s were of particular importance.

Bands such as System Of A Down, Korn, Machine Head, Fear Factory, Slipknot, Faith No More, Pantera and Tool, just to name a few, were either at their rampaging best or fast approaching it.

While all of those bands are now household names, most, if not all, were part of a musical revolution back then that changed the course of metal history and spawned a new era of music that continues to incite mayhem to this day.

Vulgar Display Of 90’s, recognizing the diversity and quality of bands of this era, have assembled to bring you an array of hits covering all of these bands and more, delivering sonic intensity the only way it was ever meant to be heard.

Proudly supported by NSW masters of heaviness Beast Machine, Brisbane thrashers Odius, and local Nu-metal legends Diskust – who are also launching their debut EP – VDO90’s is more than just a tribute act. They are a time machine that musically takes you back to a time where metal was dirty. And proud of it.

PrevPrevious.DANNY ELFMAN Unveils New Music
Next.OUT OF THIS WORLD Aim For The Future On New TrackNext