Raising Hell With THE AMITY AFFLICTION 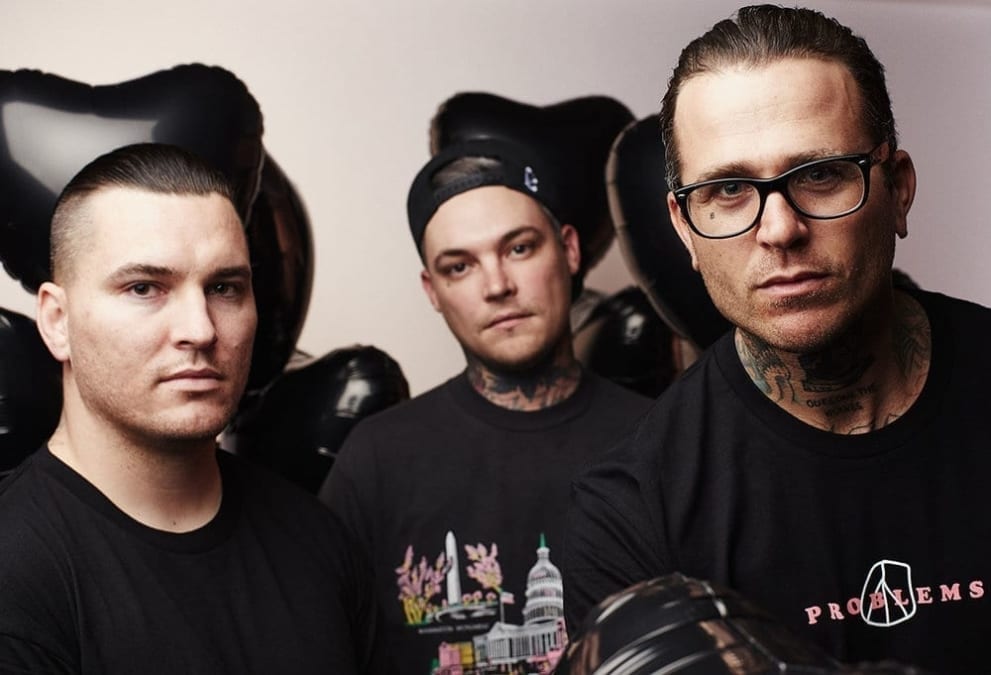 It is time to batten down the hatches Australia because this Amity Affliction tour is just getting bigger and bigger. Earlier this year the band left everybody in awe with a killer set during the massive Download Festival and now the band are re-loading and heading back home for a tour that can now safely be described as ginormous.

As if a tour that already sees the chart-toppers touring alongside the likes of Underoath, Pagan and Crossfaith weren’t already big enough the hand are also stopping by Brisbane for the Heaven And Hell line-up as part of the Brisbane Festival 30th anniversary of Riverstage celebration. That line-up also features Make Them Suffer, Trophy Eyes, Thornhill, Void Of Vision, Endless Heights and Southest Desert Metal.

“Crossfaith we are good friends with, we met them on Warped Tour 2015, and they’re legends,” says Amity’s Joel Birch when HEAVY Mag manages to hunt them down during the band’s European tour. “Underoath have been a mainstay and heavy influence on me since the band began, and it’s really pretty surreal for me personally having them on this tour. As for Pagan, how can you ignore them? I don’t know them at all, but I like them, and if you don’t admire Nikki for absolutely destroying every preconceived notion of what a female singer can and can’t do then fuck you. I back them. I love what they’re doing and they’re working super hard around the world right now. We did the exact same thing nearly ten years ago after we had some success at home, and so watching them start to do that and pave their way forward is awesome.”

As our discussion goes one we also learn that this epic Heaven And Hell show in Brisbane is something that Amity have been planning for a long time. Well, we’ve been trying to start a festival in Brisbane since Soundwave hahaha but that shit is not easy,” explains Birch. “We’re also trying to make sure we are all-inclusive moving forward, with some obvious goals insight that I won’t share here. It’s been a long time in the making, there’s not really too much I can say about it other than thank you to everyone involved, thank you to the bands who signed on, and thank you to all the people who plan on coming.”

You could be forgiven for thinking that with the band’s overseas success that they would want to concentrate on doing more European and US shows but there is a strong feeling that that is certainly not the case, in fact, the band love being able to come back to Australia and play in front of a home crowd. “It’s the best place on earth for me. I’ve seen a lot of places, and I still love it there the most, by far. The people who have made our band what it is are from Australia. The cities where we grew up as a band – and as people – are in Australia. The real heart of Amity is all of the people in Australia who have made this life possible for us, and so it’s always going to be the place I look forward to playing the most. I’m super excited about this tour, but there’s no surprise in that really!”

It is also very obvious that the band are forever grateful to their Australian fans and once again they are looking forward to being able to put together some killer sets for their home-grown fans. “I don’t have much to do with our setlist, but we try to make everyone happy,” he says laughing.  “I can tell you that if we had our way the set would go back about 12 months hahaha. It won’t though, we will make sure it’s got a bit of everything. Thank you for the ride so far, and thank you for supporting us. All the cliches are true, we really do love you and appreciate you for giving us this opportunity.”

And of course, we wouldn’t be HEAVY Mag if we didn’t try to find out some kind of scoop for all the Amity Affliction fans out there but Joel was well and truly onto us. “Secret squirrel,” he says when we ask when we can expect some new tracks from the band that we all love.