“It’s really just a song about Zombie’s”, laughed vocalist for Kaosis, Xen, when pressed about the bands new single ‘Zombie’. “Musically we take inspiration from heavy hip hop as well as the horrorcore scene and it really shows our love for B Grade horror flicks, metal, horror, rap and dubstep. It’s a pretty cool tune and has been received well so we’re stoked”!

One glance at a Kaosis film clip or one listen to their songs and you get the immediate impression that this is a band who are definitely not afraid to push musical boundaries.

“Oh, shit no”! Xen reinforced. “One of the primary motivations of the band is to keep things fresh. Within this band, there’s a lot of different influences. We see synergies in a lot of different musical genres so we’re really trying to find that common binding point between those genres. If it’s creating something new it’s pretty much the main thing we are trying to do”.

In the full interview Xen discusses the background of Kaosis including how they came up with their unique blending of genres, the film clip to ‘Zombie’, collaborating with Dino Cazeras on ‘Hitech – Lowlife’, the upcoming album including its release date and the exclusive reveal of the title, what to expect musically from it, where he sees Kaosis’ sound going in the future, the limits the band places upon themselves musically, the upcoming Australian tour with Logic Defies Logic and more. 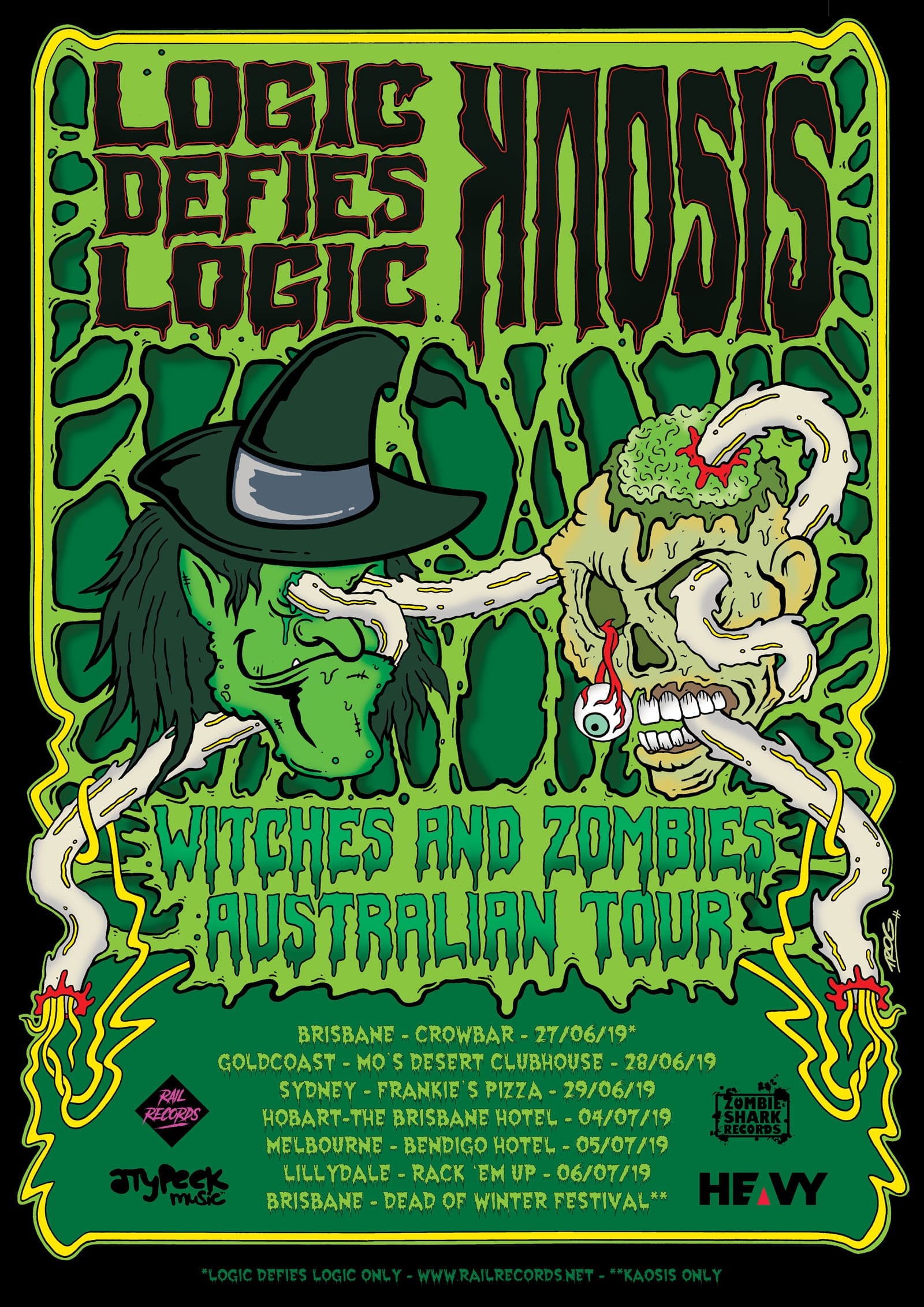