PSYCROPTIC ‘As The Kingdom Drown’ 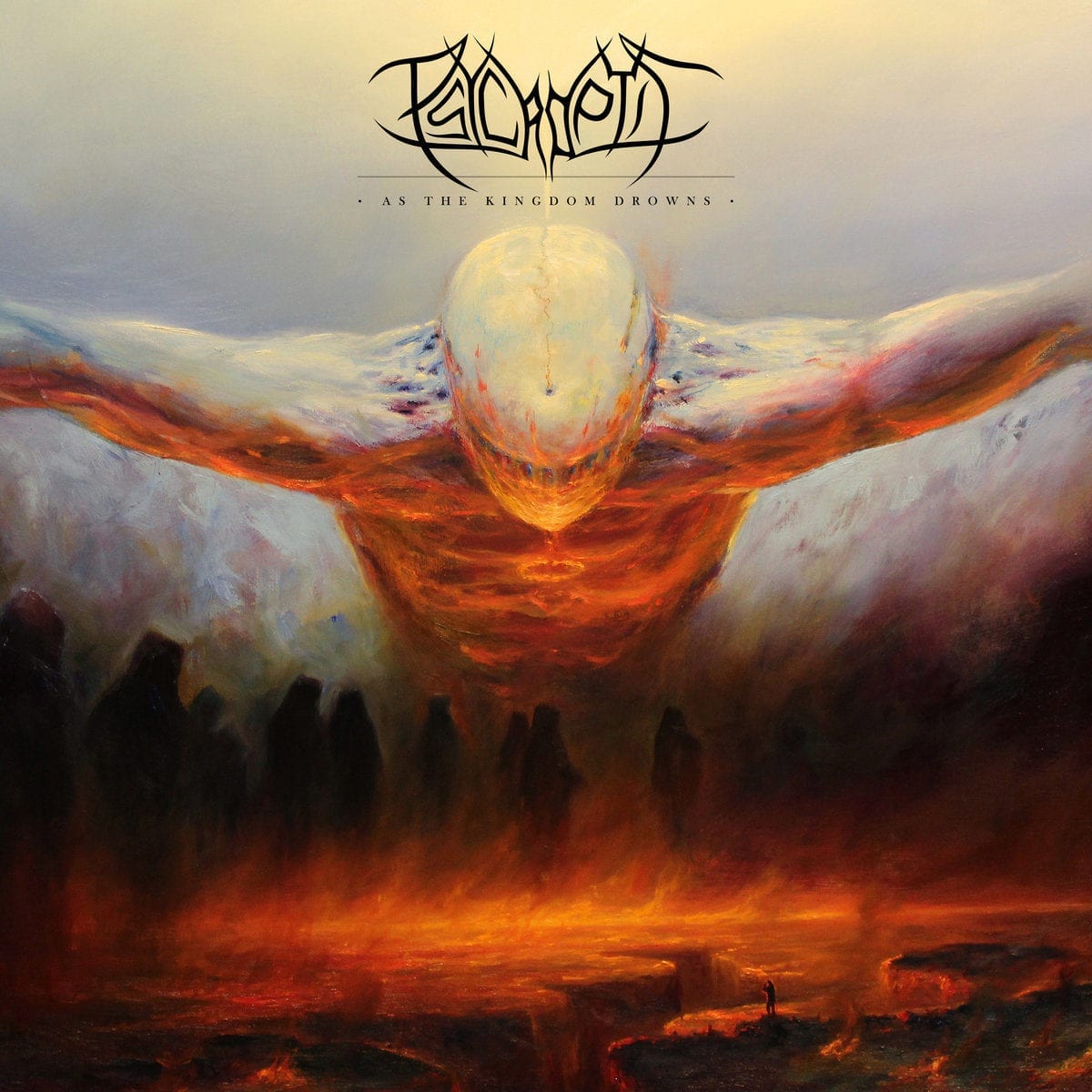 Let’s dive straight into the brand spanker from the Tasmanian titans of extreme technical death metal mastery Psycroptic shall we. As The Kingdom Drowns begins with a crushing intro where you should probably ensure your speakers are at a level that it can handle the force of the gatling gun ferocity and remains an unrelenting force of sheer blistering mastery of musicianship throughout the duration of it’s thirty five or so minutes.

Opener “We Are the Keepers” is that taunting fierce grip around the throat and screamed at us courtesy of vocalist Jason Peppiatt with spit filled anger and blast beat filled armageddon with thanks from now drumming legend Dave Haley and the tormented fingers of riff filled carnage delivered gracefully and at lighting speed atrocity by Joe Haley and a punishing bottom end layered with hate from the depths of Todd Stern. Now…“We Are The Keepers” is a fine example of how to start off a new album! Psycroptic do it with the full fucking force of what both themselves and us believe in and the Tasmanian quartet are seemingly going to do whatever it takes to get listeners to pay attention to them. From the outset it appears we have relinquished ourselves to the force contained therein and pound our heads along contentedly, but at the 1:17 mark is where shit gets fucking awesome and from out of nowhere an incredible breakdown appears and a chorus of harmonies and chant inspired beauty gives us an almost uplifting type of feeling and emotion and an escape from the venomous spite that will assuredly be forthcoming in but a mere moment. And that chorus is just gold. It’s an incredible way that the band as a whole havegiven the song room to breathe without taking away any of the emotion or ferocity of its intent. And so “We The Keepers” traverses onwards continuing to keep our heads nodding in satisfaction.

“Frozen Gaze” put simply, catapults us along as blisteringly and as dutifully as “We The Keepers” did! That ever present fret shredding and distinctive sound of Joe Haley is always ensuring our collective consciousness has his full attention. And with Jason and Dave working cohesively in a rhythm and vocal based trade off of sorts “Frozen Gaze” is as cold and harsh in its title as it is in its content.

Track three “Directive” is seemingly slower in its pace but only inasmuch as it lacks blast beats but lacking nothing of the familiar ferocity we’ve heard so far. Without remorse you will be unwittingly hypnotised by its metronome fluidity and technical bliss as a welcome release from the previous two openers. “Directive” is actually my favorite track on the album and is best described as a solid as fuck soft impact if you’d fallen onto a concrete mattress.

Almost half way home and “Deadlands” opens like and early nineties inspired thrash metal epic, galloping along with tempo’s ebb and flowing back and forth like a schizophrenic epileptic trying to regain composure, “Deadlands” is chaotically unsure if it’s manic or sedated. It is sure of one thing though and that is if we the listener weren’t yet submitted fully and were a state of sheer awe and wonderment of the weight of heaviness courtesy of As The Kingdom Drowns, then there is still more skull fuckery to come. And that dear readers is where the title track launches in at number five. Hauntingly lulling us in, “As The Kingdom Drowns” is a rollercoaster of emotion and temperament, with a slow tempo verse approach, ferocious hate pre chorus venomous attack and then a beautifully brutal chorus structure, the title track tells an incredible story of the whole Psycroptic brotherhood of intent, drive, message and musicianship. As if we didn’t already know how good they already were. “As The Kingdom Drowns” truly speaks volumes of Psycroptic’s 2018 gift to those ready and able to embrace its bleak yet uplifting dichotomy of provocation or hope! The title track is fucking killer.

The tail end of As The Kingdom Drowns, “Beyond the Black”, “Beyond these Stones”, “Momentum of the Void” and closer “You Belong Here, Below” all forge forward in the same vein of solid fucking chaos and tech metal magnificence thanks to Psycroptic. These lads from the island down south have written, produced and released a truly great album this year and I am very much looking forward to seeing the new album performed live soon.