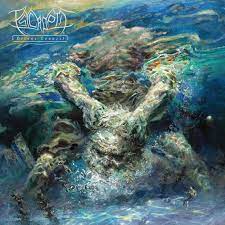 Well, fuck me, that double kick is like a machine gun blasting straight through me. What an intro to the album and the opening track Rend Asunder. To be honest, this is exactly what I expected from Australia’s premier technical death metal veterans Psycroptic. Shredding guitars and brutal guttural vocals fill out the track, as I’m sure all that follow will. As for the bass, well, it’s fucking fast, just like the guitars.

But wait, you want some faster guitars? Well, lucky you, because the intro to A Fools Errand will absolutely shred your face off. Literally, I’m not even kidding. This shit just keeps getting better, but if the band doesn’t calm down soon, I may not make it to the end of the album due to an epileptic fit. Impressive musicianship, very fucking impressive.

The Shadowed World doesn’t back down from the furious intensity of the album so far. In fact, it may be even more intense and heavier. Not that I’m sure it could be, because this band just kind of set’s the bar, really fucking high, then just sits there like they are the king of the fucking mountain or some kind of brutal mountain G.O.A.T.s.

And just as I talk it up, they kick down the pace for Enslavement. Don’t get me wrong, it’s still fucking heavy, but it’s got some serious groove and bounce to it. Oh wait, it just brutalised itself. What the fuck even was that, an attempt at the mainstream, possibly?

Ashes of Our Empire wastes no time, lifting the pace again as it accelerates at full throttle. Those kicks, those guitars … offt! The amount of guitar noodling throughout this track is mesmerising, and it makes me doubt what very little axe skills I think I have. For how intense this is, the band remains ludicrously tight. Not that there was ever any doubt.

Wow, this next one is pretty, but I think they are just warming us up with a false sense of security. Yep, the flamenco vibes don’t last long, and the band gets fucking serious again, very serious. Even the name The Prophets Council seems very serious, and the lyrics probably are very serious too … if I could understand them through the guttural low-end growl. Before the song makes its grand departure, we hear those machine gun kicks blast through the relentless riffing.

The guitars slow down and harmonise while the bass takes the stages and carries the intro to Awakening. I’m glad to finally hear it stand out by itself because the tone is thick, warm and a little rough around the edges, just the way all good bass tones should be. I’d hate to say it, but this is probably the softest song so far, but still so far from soft.

Ewww, synth intro, not a great way to start a song … ever, but that’s just my opinion. Luckily, they quickly jump into some thunderous drums and riffing. Yeah, I can’t even, even, right now. Just when I think they can’t get any heavier or any more technical, they do, but they don’t, they are just sitting up on brutal goat mountain again. But wait, is that some clean singing I hear somewhere buried in there? Interesting, very interesting!

Talk about making a fucking grand exit because that’s exactly what the closing/exiting track Exitus does. I don’t even know if this is their heaviest track so far, or if I’m just heavied the fuck out. Hey, but it’s fucking heavy and that’s what matters. And amongst all the heavy, it somehow seems to paint a picture that this is the end … for now. Goodbye, you good cunts!

If the world hasn’t stood up and taken notice of Australia and specifically Tasmania’s very own Psycroptic, it’s about fucking time they do. Many try, and many fail, but not these gents, they just fucking prevail.

The G.O.A.T.s? Possibly, most definitely in the Southern Hemisphere!