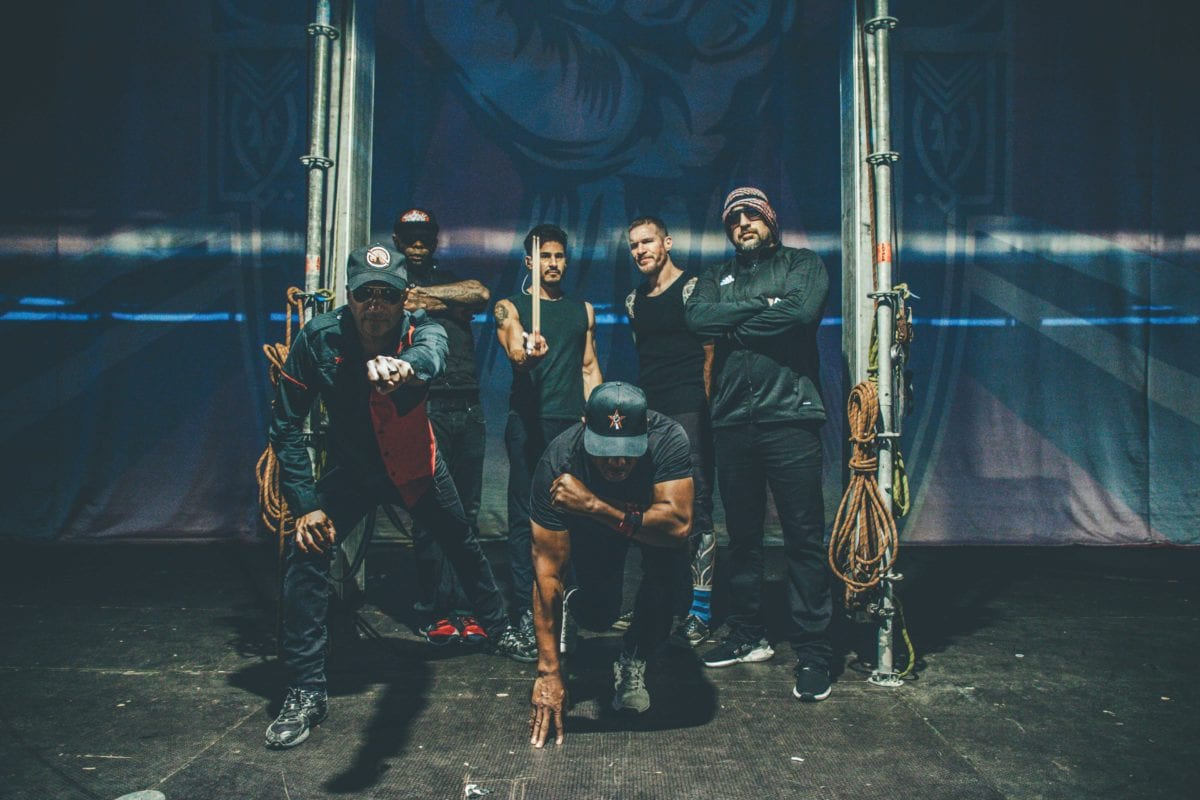 Last Friday, revolutionary musicians Prophets of Rage: Tom Morello, Tim Commerford, Brad Wilk, Chuck D, B-Real and DJ Lord dropped their first new music since the release of their self-titled debut album released in September 2017. The band released the previously unannounced single, Heart Afire on July 6. The Brendan O’Brien produced track is a hint of more to come from the radical band. The group performed the track as special guests at Eminem’s sold out show in Milan at Experience Milano Stadium on Saturday, July 7.

The group is currently on their European festival run, headlining festivals such as Tinderbox, Provinssi, and Resurrection. They will play to another 75,000 people at Eminem’s sold out Twickenham Stadium show in London this Sunday, July 15.

Tickets for Prophets of Rage’s North American tour with Avenged Sevenfold are on sale now. The 20+ date tour will kick off July 22 in Mansfield, MA before concluding September 2 in The Woodlands, TX. Fans can expect performances of the new single as well as other hits off their highly successful albumProphets of Rage, which debuted at #3 and #4 on the Billboard Top Hard Rock Albums chart and Top Rock Albums chart respectively. Visit http://prophetsofrage.com/tour/ for more information.

Drop what you’re doing and listen to Heart Afire HERE!