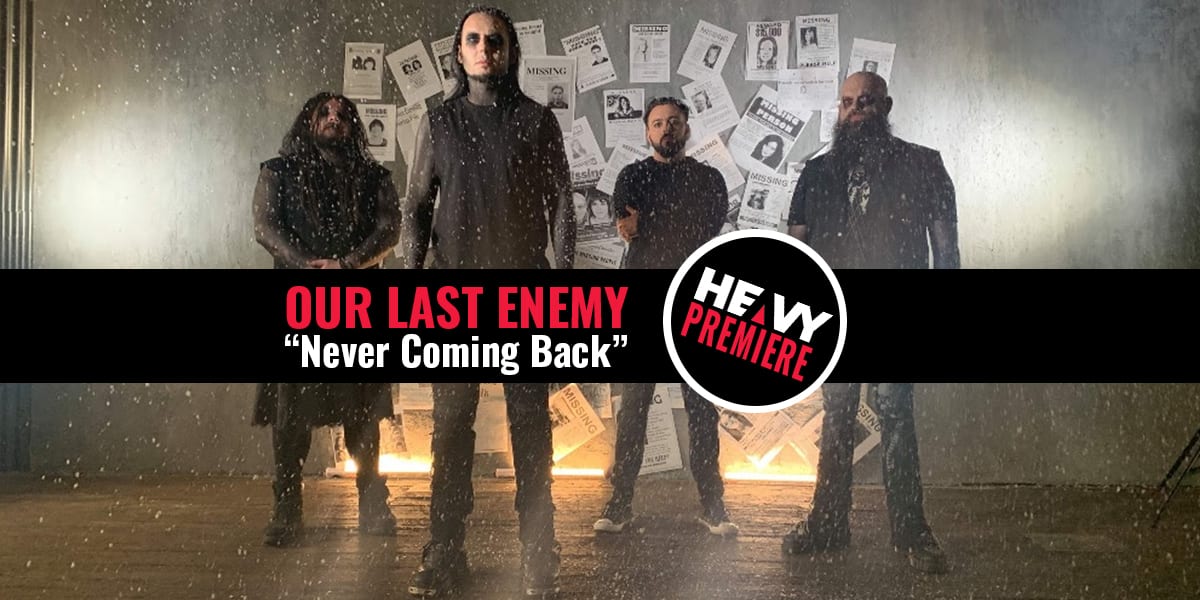 Our Last Enemy are a metal/industrial/goth/core outfit from Australia and have today unleashed the first track from their soon to be released, second full-length album.

The “Never Coming Back” video is an intense psychological roller coaster which was shot across two countries, Australia and the Netherlands. It is a gritty, dark, exploration of a broken psyche, a futile desire for control in the face of despair and the loss of faith and harks back to the glory days of 90’s alternative music videos from the likes of Manson, NIN etc

Get “Never Coming Back” – ffm.to/wxq0gaq.opr

“Never Coming Back” was directed by The Blackley Brothers for Her Name Is Murder Productions. The video’s SFX and makeup artist Courtney Hudson has an impressive career including working on the last “Aliens” movie and the video stars Dutch actor Mac Crowes from the Elton John biopic ‘Rocketman’.

The bands as yet untitled new album is being produced by the band and mixed by ARIA-nominated producer D.W. Norton (Superheist, Alchemist, Sydonia, Frankenbok, Frenzal Rhomb, Mindsnare)

Our Last Enemy enlisted drummer John Sankey (Fear Factory, Divine Heresy, Devil You Know, Devolved) who laid down the tracks for the album.

ABOUT OUR LAST ENEMY

Deriving their name from the quote “Until the day we meet our last enemy, which is death itself,” Our Last Enemy, explore the fine line between the seen and unseen, oblivion and nirvana, through a sonic synergy of cascading synths, heavy riffs, haunting vocals and blistering live show.

Relocating to L.A. in 2011 to record their debut album, ‘Fallen Empires’ (Riot!/Warner) which was produced by Christian Olde Wolbers (Ex-Fear Factory) reached #1 on the iTunes Metal charts (Australia) and the Metal Forge declared it to be “One very powerful album.” Their follow-up EP ‘Wolves of Perigord, and a remix album, ‘Engineering the Enemy’, both hit #2 on the charts.

Having already toured with the likes of Static X, Dope, Prong, Mnemic, Soil, Pain, Hanzel Und Gretyl, Fozzy, Combichrist and Perturbator the band has also headlined many of its own shows and tours across Aus and NZ.

With Never Coming Back released unto the world and the new album just around the corner, Our Last Enemy return to full power in 2020!