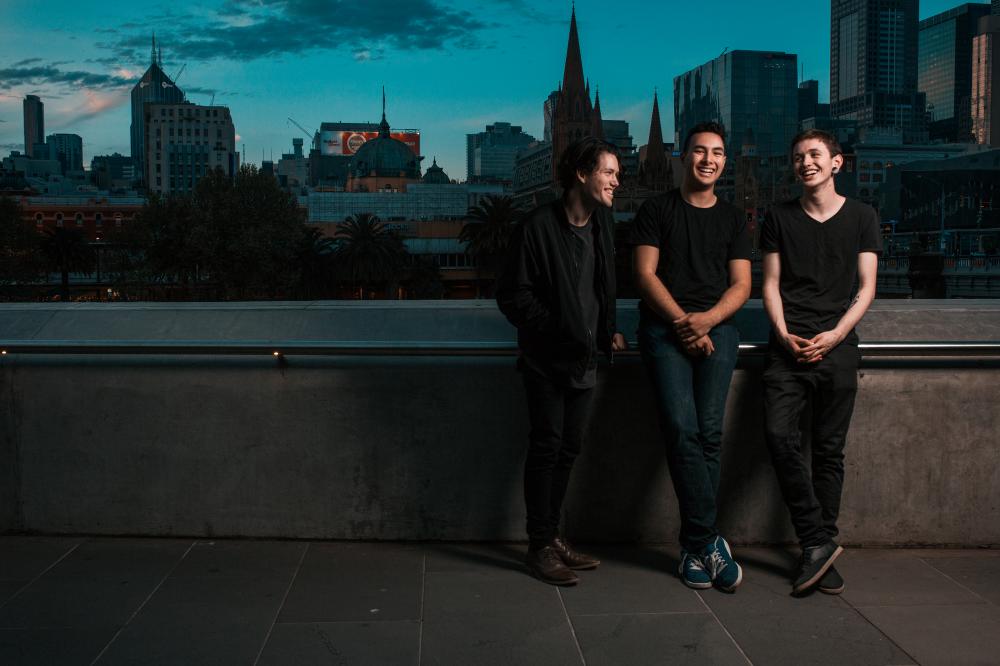 The Omnific are releasing the second, eponymously titled single from their new EP, Kismet. The EP will see its release Friday, November 24th in iTunes, Spotify and all online stores. It is available to pre-order now.

Bassist for the band, Matthew Fackrell said, “For me personally, this track was an incredible outlet from all the emotional stress I had just been put under being told I had Type 1 Diabetes. Kismet (title track) will always a great reminder to not let it affect my life’s passions.”

Consisting of 2 bass players and a drummer, The Omnific are creating what is a unique take on Djent/Prog/Rock. Last month, they released a video for single ‘Objets De Vertu’ (which has racked up 500k views on their Facebook page!), which was premiered at killyourstereo, who described the track as “…a lush instrumental track that while serene and calming in timbre also finds plenty of time to showcase moments of instrumental technicality and slick finesse.” It Djents also premiered a technical play-through video of the track and praised the band’s creativity. “The Australian trio shows a real knack for writing djent riffs and crafting an atmosphere that’s fun and intricate…While instrumental progressive music isn’t a new or novel idea, wrinkles in the formula like this can change the landscape up in new and exciting ways.”

This new EP is a follow-up to their debut EP ‘Sonorous‘, which established the band in the online prog scene with videos reaching 250,000 views on Facebook and 1,500 downloads from Bandcamp. The Omnific performed at the 2017 Melbourne Guitar Show with CMC music/Musicman which allowed a new guitar-orientated audience to experience their unique line up. Having shared the stage with prog lords I Built The Sky and James Norbert Ivanyi, The Omnific have shown that 2-basses and drums is possible to translate into a vibrant, exciting, complex and unique live show for both punters and musos alike.

The Omnific’s ‘Kismet’ EP is out on Friday, November 24 and will be available for pre-order on Monday, October 16.