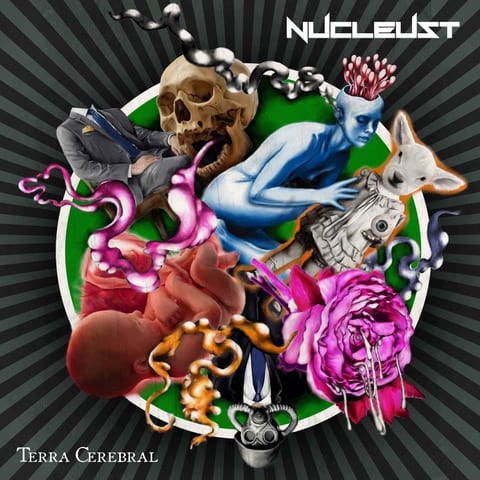 Today HEAVY is premiering Nucleust’s new song and video clip on the back of winning the Heavy/Metal song of the year award at Western Australia’s premier song competition WAM! (West Australian Music) for “Of King And Tree” their 2016 EP Resistivity. Watch the band accept their award here.

Nucleust have recently completed recording their full-length debut album which will be called Terra Cerebral and released on July 28 via Rockpit Records!

Vocalist Shannon Marston says, “We have pushed ourselves to create what we believe is our most creative and diverse song list while still maintaining the sound and style that we have developed. In saying that, there will be a lot of unexpected twists and turns throughout the album but I guess that’s what you would expect from us!”

The first single and video clip to come off the album is “Lullaby Paranoia“.

Guitarist Max Palizban comments on the video, “It’s a mix of different concepts, but basically it’s about how the modern democracy is failing, and people have no fucking clue how to fit their lifestyle and social life into it…The video is just a chaotic impression of us about the concept of the song.”

The band most recently performed at this year’s Blacken Open Air Festival in Alice Springs last month alongside Melbourne’s Desecrator and Whoretopsy as well as a three date WA run with Twelve Foot Ninja in February.

Nucleust will hit the road from August in support of the album!

More tour dates to be announced.