“Run With The Witch” is a haunting new stomper by Australian band Logic Defies Logic and we’ve got it first here for you to decipher further.

Imagine waking up in a cold, dark forest, covered in sweat with no idea of how you came to be there. It’s pitch black and all you can hear is the sound of your own heartbeat. In the distance, a pair of red eyes appear and a high-pitched shriek pierces the air “AAAAHHHHH!!!….”

The song was recorded and engineered by BEAU MCKEE (CLOSURE IN MOSCOW) at PONY MUSIC and STUDIO DELOS.

Logic Defies Logic will embark on an East Coast tour this June/July with industrial cyberpunks Kaosis from New Zealand. Check out our premiere of their latest video here. 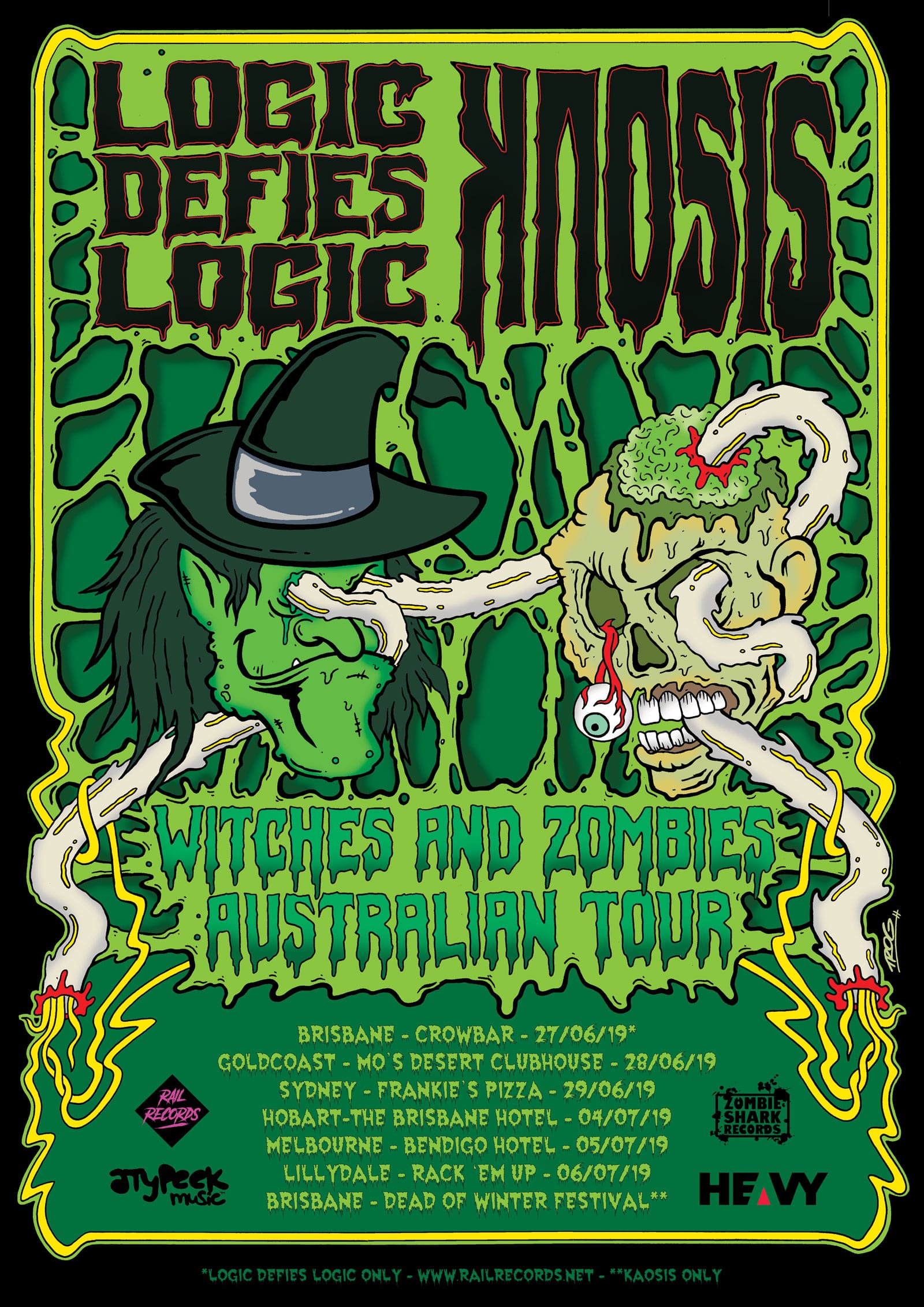