If you like your ROCK gritty, raw and tight the check out this new clip by Faux Bandit!

Faux Bandit recently released their EP Rock ‘n’ Roll Simulator and have a new video for the single “The Pros and Cons of Object Permanence” which you can see here first!

The music video portrays the tension and overwhelming nature of having to move through the comfort and safety of being in the same place. Sometimes it reaches the point that just getting off the couch is a huge moment of catharsis.

Hailing from Brisbane, Australia Faux Bandit released an EP in 2015. They release their second EP, “Flex” at the beginning of 2017 where they later supported the likes of Strangers, Interim and PLTS.

May 2018 saw the release of their new single “Lyrebird Lungs” — recorded by Yanto Browning at Airlock Studios – and supported one of the biggest names in Australian rock, Andrew Stockdale of Wolfmother.

For 2019, these bandits are introducing a new member to their group, releasing a new EP and heading on an Australian tour. 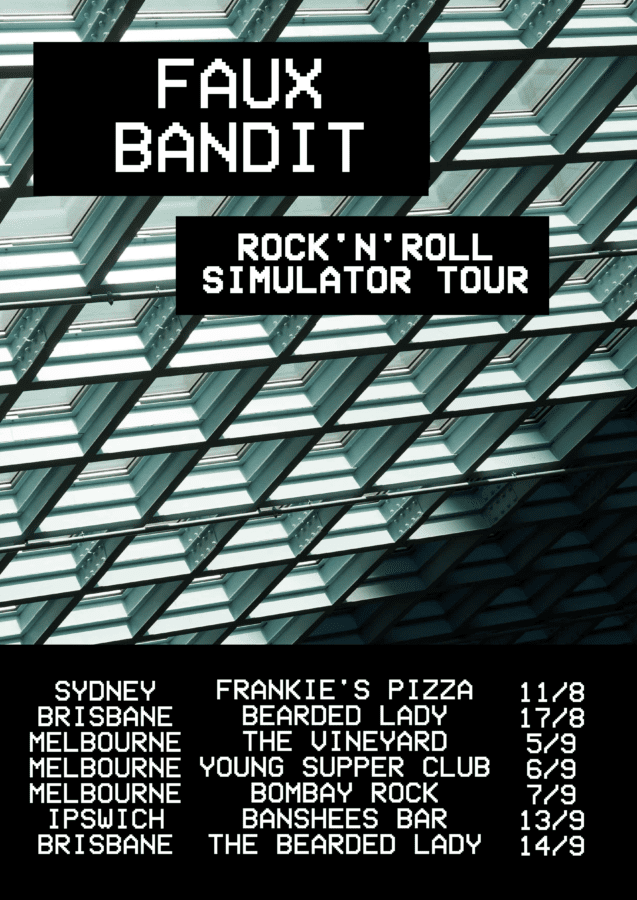