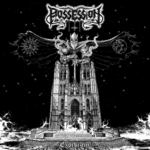 Debut album from Belgium Black Metal outfit Possesion “Exorkiezen“. This concept album is about the Vatican’s last exorcist, who supposedly died from a kvlt hex from the Dark Lord Beezlebub during their recording process and the band adapted their songs to include this incident.

I am not kvlt or a black metal purist but I have listened to an array of metal sub genres over the years. In regards to Black Metal the Bands Bathory, Venom, Celticfrost & Sabbat are ones that spring to mind. That being said, I have listened to the following song from the band Possesion; “Infestation – , Manifestation – Possesion“, off Exorkiezen.

In my opinion, the first 10 seconds should hit you and stand out. The song and entire album had the signature washing machine Burzum-type recording production. The band pays homage to the Dark Lord himself, a dead Vatican exorcist, as well as to 80’s/90s Black Metal with Norwegian and Swedish influence.

Overall, I give this album a 6.66/10. I appreciate that Possesion made an effort to produce a record through a lot of their influences throughout their debut album. 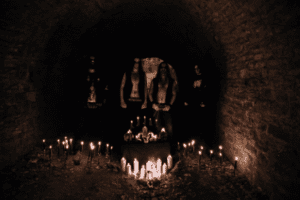 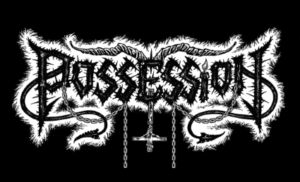