Popping ARCHSPIRE’s Cherry Down Under 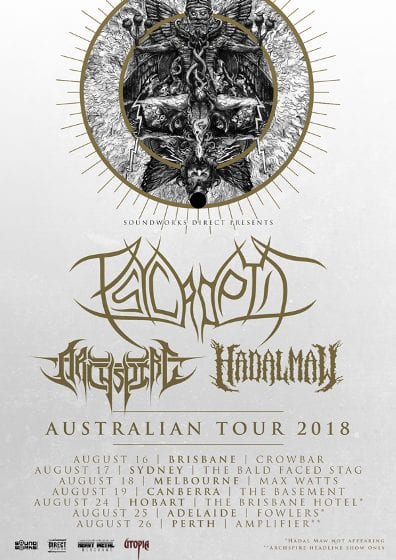 “Hopefully a good set!” laughed Archspire’s drummer, Spencer Prewett when pressed on what Australian fans can expect from the bands first tour of this country. “We’ve never been down there so we’re definitely super stoked. The reactions that we’ve been getting online out of Australia have been really encouraging so… yeah, we’re looking forward to some good shows. We know that Psycroptic are a point of national pride for you guys so I’m sure lots of people will come out.”

Archspire have played overseas previously with Psycroptic, so it seems only fair to ask how the two stack up alongside each other in an attempt to gauge what fans here should expect.

“We’re better,” Prewett heartily, “way better. What can I say? We’re definitely different sounding bands. I’m such a big Psycroptic fan! I love watching them play. Dave Hayley has been my favourite drummer since I was nineteen or twenty – I’m thirty now, so… – I was a little star struck when I met him, to be honest, but don’t tell him that (laughs).”

Listen to the full interview to hear Spencer discuss the tour in greater detail, the difference between death metal and technical death metal, the metal scene in Canada and a more in-depth discussion on the history of the band. 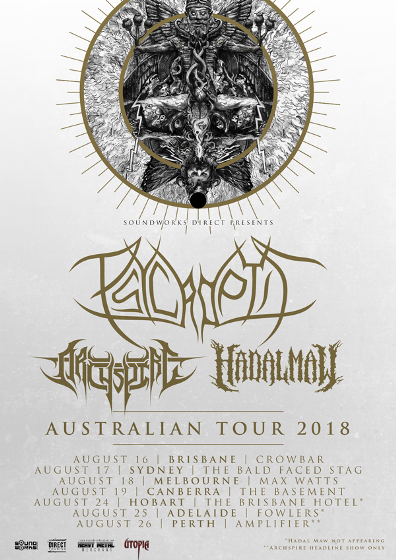