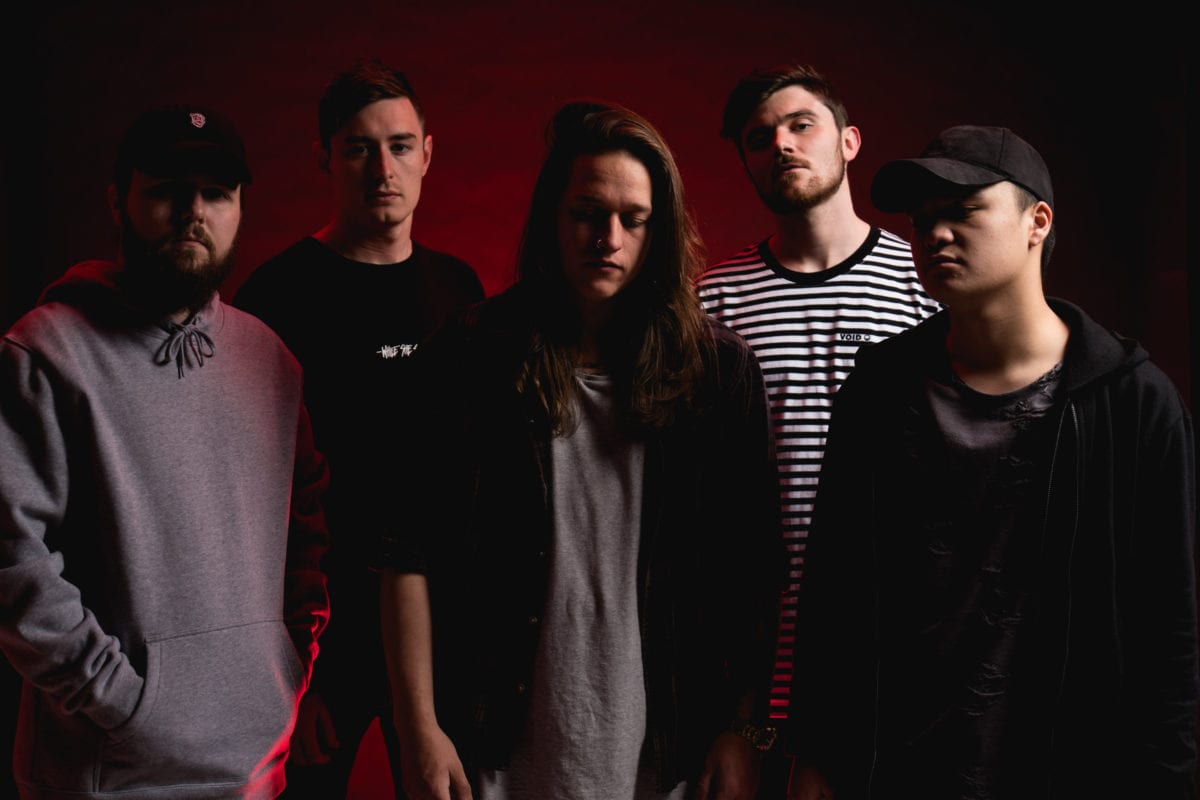 [et_pb_section admin_label=”section”]
[et_pb_row admin_label=”row”]
[et_pb_column type=”4_4″]
[et_pb_text admin_label=”Text”]
Polaris are the third most talked about band playing at Bigsound at the moment as see on http://www.bigsound.buzz  which is impressive considering that heavy music fills only 3% of the Bigsound Festival line-up! Create more buzz about Polaris in your social media by tagging them into a post! @PolarisAus (and do the other heavy bands you like that are attending too!).

The Mortal Coil was recorded in Polaris’ self-made studio in Mollymook, NSW, where they shipped American tandem, Carson Slovak and Grant MacFarland of Atrium Audio to oversee the recording. No strangers to success themselves, the hotly-tipped duo most recently produced, engineered and mixed August Burns Red’s Grammy-nominated album, Found In Far Away Places.

Guitarist Rick Schneider talks about the recording of The Mortal Coil, “Recording The Mortal Coil was unlike any studio experience we’d had before, both in location and environment. A few hours south of Sydney we rented a holiday house, not knowing how well it would suit our needs. We managed to set up two work stations and quickly found ourselves in a focused, yet highly relaxed work environment. While stress would inevitably makes its way into the process, the end result is something we are all very proud of, and I’ll personally always look back on that month fondly.”

Polaris unveils brand new single and video, “The Remedy” and says about it, “The lyrics for this song are introspective in a very stark, critical way – it’s a song about feeling trapped by your own bad habits, feeling like you’re just stumbling around blindly making mistake after mistake without really learning anything from it. We’ve always tended mostly towards writing from a very personal, vulnerable place and I think lyrically there’s a lot of uncomfortable truths on this record.” explains drummer, Daniel Furnari.

“Filming for The Remedy took place over a single afternoon at mine and Daniels old high school, who were kind enough to let us use their green screen. Unlike previous videos we’ve done, we all shot our takes individually which posed as somewhat of a challenge without other people playing around us to feed off of. We chose to work with the guys at Red Boss again as we felt they suited the project and were really able to guide and expand on the idea that we had.” says bassist/vocalist, Jake Steinhauser

Those eager to see Polaris shred live won’t have to wait long, as the quintet will be performing at Bigsound on Wednesday 6 September at 256 Wickham and hitting the road this October for The Remedy Australian Tour with special guests Belle Haven, Deadlights and Daybreak before they head to Europe in November for a month long stint on the Never Say Die! tour with Emmure, Deez Nuts, Chelsea Grin, Sworn In, Kublai Khan and Lorna Shore.

Tickets for The Remedy Australian Tour are on sale now at www.polarisaus.oztix.com.au

Get in quick as Melbourne’s first show sold out within days and tickets for the remaining shows are flying out the door!