“It’s got four songs, is exactly twenty minutes long, and there’s a hell of a lot of shit that happens,” Plini explained about his upcoming fourth E.P Sunhead, to be released on July 27. “The goal was to make as much stuff as possible happen in a short amount of time.”

With only one full-length album to his name so far, it seems a continuing trend that Plini releases music in the shorter format. The obvious reason is to keep his music and name in the limelight, but he also points out that there are more reasons than simply that.

“It’s not so much to keep new stuff out there,” he said, “but I feel with instrumental music especially, it’s kind of hard – at least for me – to write an hour of music where I feel I can say enough different things. If I was a painter, for example, I would rather have a smaller canvas and try to make something really special rather than have something bigger and not know what to do with it because I only have a guitar as an instrument.”

In the full interview Plini discusses the guest artists on Sunhead, his DIY ethos, the possibility of ever adding vocals to his work, the difficulties in writing instrumental music and coming up with song titles without lyrics to draw on, plus his international appeal and playing at Download Festival this year, as well as a more detailed look at his upcoming Australian tour.

Watch this interview with Plini at Download Festival UK 2018

TICKETS ON SALE NOW AT HTTP://WWW.PLINI.CO/AUS 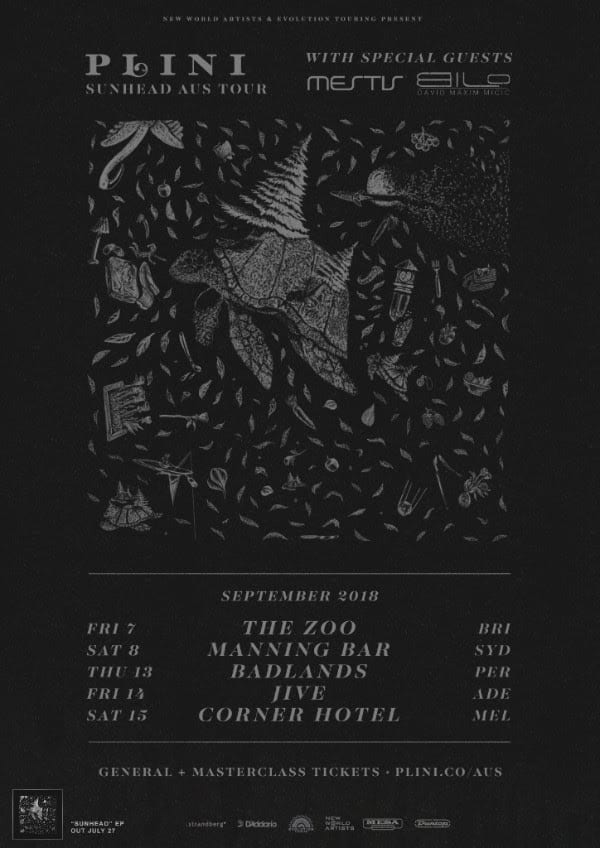