Playing To Your Strengths With MOTIONLESS IN WHITE 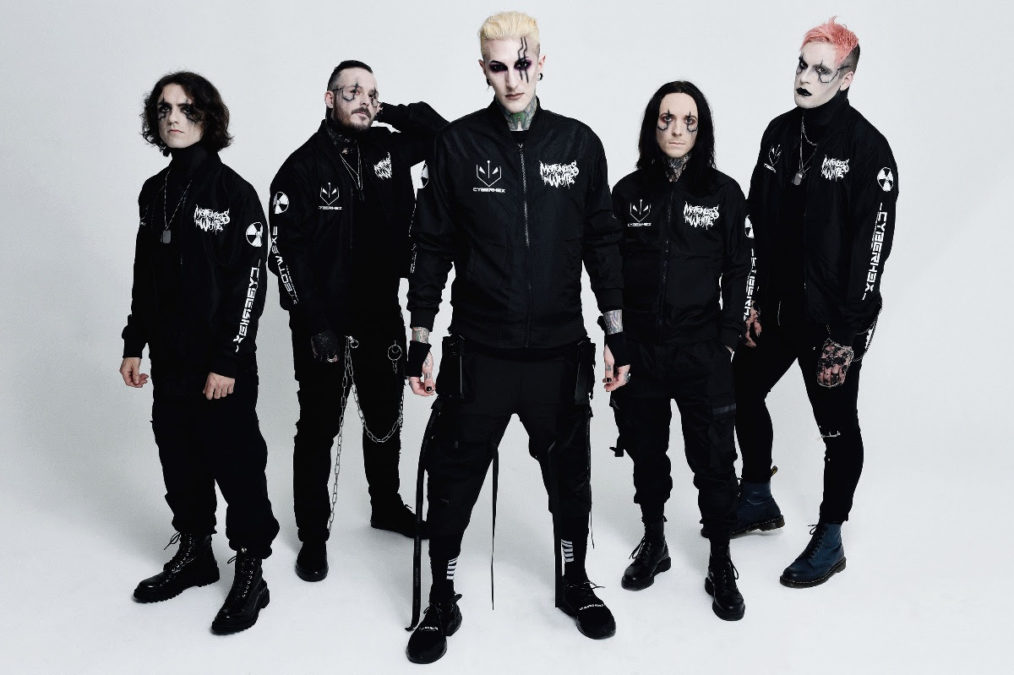 Motionless In White are at that stage of their career where you could imagine their loyal legion of fans would consume whatever musical output they choose fit to release.

With unprecedented sales and figures that would make Donald Trump blush, the band have forged a path for themselves that has seen them steadily ascend the musical game of snakes and ladders and land firmly in the safe zone where they can live out their days in an untouched eutopia, free from criticism and judgement.

While such a place would be appealing to many musicians, Motionless In White are still pushing steadfastly forward with each release, not content to be merely satisfied with any given body of work.

They have plunged themselves into their craft since being released back into the world, recently completing an ambitious, yet successful triple co-headline tour with Black Veil Brides and Ice Nine Kills.

Peppered in between major festival appearances, Motionless In White also have Australia firmly in their touring sights, but first must oversee the birth of their latest sonic creation, Scoring The End Of The World.

Frontman Chris Motionless joined HEAVY to chat about the new album and the process of putting it together.

“I think the main focus for this one musically is trying to accomplish something more cinematic than we’ve done before,” he measured. “Over the course of the pandemic we really thought about what we wanted to do with the next record and how we would approach it and it felt like us, collectively in the band, are such mega fans of different theatrical scores like movies and video games and we wanted to try and find a way to blend that all together and make it feel like each song was placing you directly in the film that you would be watching as each songs theme has. Definitely more cinematic than we’ve ever done before.”

The press release calls this a “statement making album”, a point of view shared by Chris.

“Yeah, I do,” he nodded. “There’s always been a raw honesty in everything that we’ve done before, but this one, whether it’s talking about more internal personal feelings and emotions and different struggles that I or we have been going through, or whether it’s an observational statement about the world, it’s for sure the most… cold, unfiltered, opinionated album that we have and that makes a pretty large statement.”

In the full interview, Chris talks more about the new album, the desire to constantly better yourself and previous creations, the guest artists on the album and what they bring, the overall cinematic feel of Scoring The End Of The World, the blending of musical styles inherent in Motionless In White’s music and how they find the balance, what to expect from them on their run of shows and more.