PHILIP H. ANSELMO & THE ILLEGALS have an extensive tour in Europe this summer. The tour includes performances at European festivals such as Graspop Metal Meeting, Hellfest Open Air, Roskilde, Metaldays, as well as club shows in Germany, The United Kingdom, Austria and more. Find the full list of tour dates below. 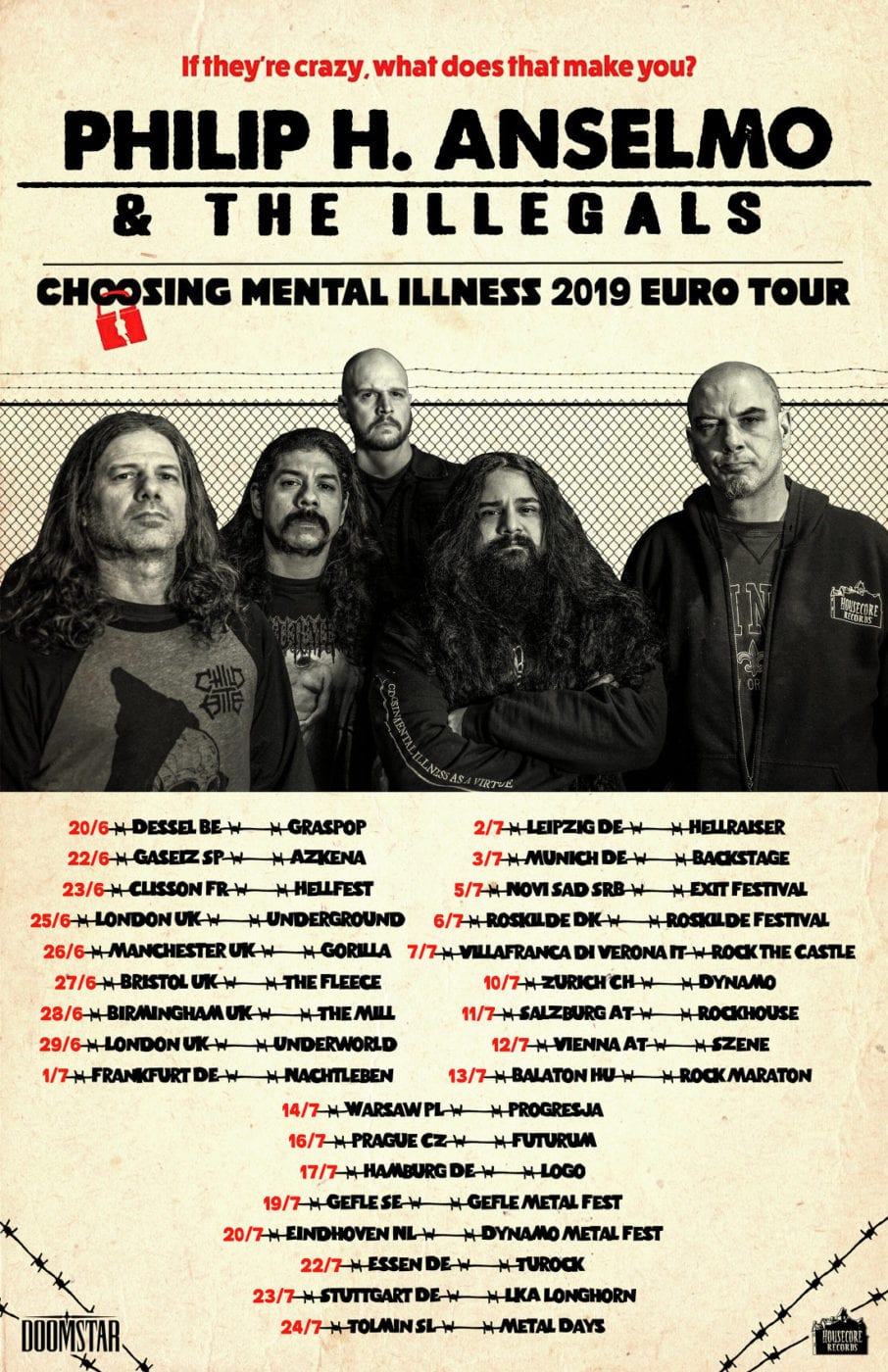