Phil Anselmo: His Take On The ‘Rock Star Bullshit’ 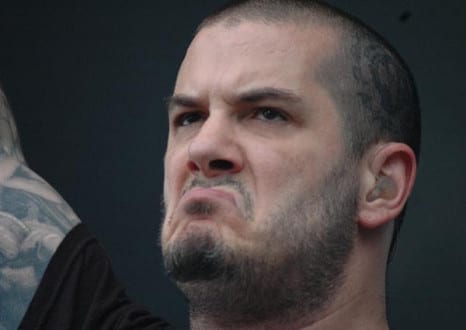 Former Pantera frontman Phil Anselmo took part in an interview and Q&A on 26 June at the Diamond Pub Concert Hall in Louisville, Kentucky. Decibel Geek TV has shared a clip from the interview, in which Anselmo talks about touring with HEAVY music’s biggest names and his take on how his friends in the industry have never been “asshole rockstars,” despite being the biggest names in their chosen field.

He said: “This is why I say I f*cking hate rock stars, because when I see some asshole rock star walking around, strutting around like they wrote a song or something… It’s, like, ‘Asshole, mother*ckers write songs in their bedroom. What makes you different? You cannot walk ten feet in someone else’s goddamn f*cking shoes. Come back down to earth, you f*ckhead.”

He then really unleashes: “If any mother*cker in a band ever struts past you [with an attitude], give ’em the old f*cking bird finger from The Kid. F*ck those assholes, man. F*ck ’em! You’ve gotta be real. And it’s so much easier to be a dick, [and] it takes effort to be nice to everybody, but you know what? It pays fucking off to sit, listen, talk with people, be real as f*ck with people, because in today’s world, the mother*ckers hide behind fake names in comments sections and f*ckin… et cetera, et cetera, et cetera. You’re pussies. Face the f*cking face. It’s always a whole different f*cking story. And to tell you the truth, most people I meet — and I mean, like, ninety-nine-point-motherf*cking-nine percent — are down to earth, cool and f*cking awesome, and I love ’em.”

Anselmo hit the headlines in February following his “white power” comment and Nazi salute at Dimebash, which sent the metal world into a month-long meltdown. We can only assume none of these comments have anything to do with any of the metal elite, the spray seems to be more aimed at the Madonna’s of this world. But with Phil, who knows!