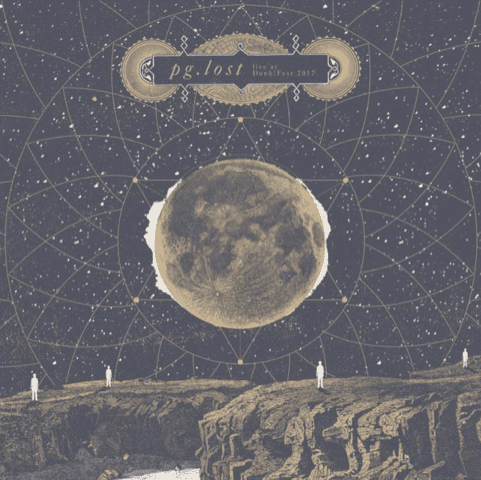 The overwhelming crowd response to PG.LOST’s seminal performance at Dunk! Festival 2017 left no doubt that this band is on the course for true greatness.
The show was recorded and is now being released as a collaborative effort between Pelagic Records, Dunk!Records, who have already released stunning Live At Dunk albums of other genre-defining acts, and A Thousand Arms.
The limited-edition offering will come in various color variants.
For preorders go
https://pelagic-records.com/product/pg-lost-live-at-dunk-fest-2017-2xlp-download
PG.LOST unveiled the awe-inspiring sounds of their fifth full-length, Versus, last year via Pelagic. A true post-rock masterwork, Versus seethes with melancholic depth, emotional heaviness, and catchy musical ideas delivered as one in an incredible mass of sound.
It’s sometimes easy to forget that there are only four people creating these vast orchestral landscapes.
Said Decibel Magazine of the record, “The Swedish instrumentalists have an ear for creating soundscapes that serve as epic listening experiences, and with Versus, PG.LOST makes it clear that their new album is no exception. At seven songs, Versus runs the gamut from calm and serene to thunderous and powerful, hitting every point in between.” Echoes And Dust notes, “Versus is a real gem of an album. There are so many facets to behold, to analyze, and to appreciate. Sometimes it is a sluggish and lumbering beast of a track with slow riffs and heavy tones. Other times, it’s got a driving beat behind it, flirting with post-metal territory. My favorite times are the cinematic passages of electronica-lead calmness, like it was a bonus track from the ‘It Follows’ soundtrack.”
Fans of Mono, Explosions In The Sky, Mogwai, Cult Of Luna, EF, Caspian, and Russian Circles pay heed.
Versus is out now
www.nervegas.com.au/pelagic