Perth based Pop Punk band Nautical Mile have just released their new single and music video ‘A Life Worth Dying For’.
They have also announced a run of Australian tour dates.
Nautical Mile draws inspiration from artists such as A Day To Remember andNeck Deep. Their sound is often described as “5 Seconds Of Summer meets Sum 41“.
The band released their self-titled debut EP in 2016 and quickly followed-up with the release of EP ‘Playing For Keeps’ in 2017. Singles ‘Flight Risk’ and‘Playing For Keeps’ quickly made their way onto on Triple J – ‘Short.Fast.Loud’.
Following a period of focused writing; Nautical Mile released single ‘Better Half of Me’ in mid-July.
The band have continued to build a reputation for explosive live sets and soaring vocal harmonies, establishing a dedicated local following. Since their debut they have shared the stage with the likes of Trophy Eyes and Hawthorne Heights.
Nautical Mile are now gearing up to stun audiences on their upcoming Australian tour which kicks off later this month.
New single ‘A Life Worth Dying For’ is available for download on all major online stores. 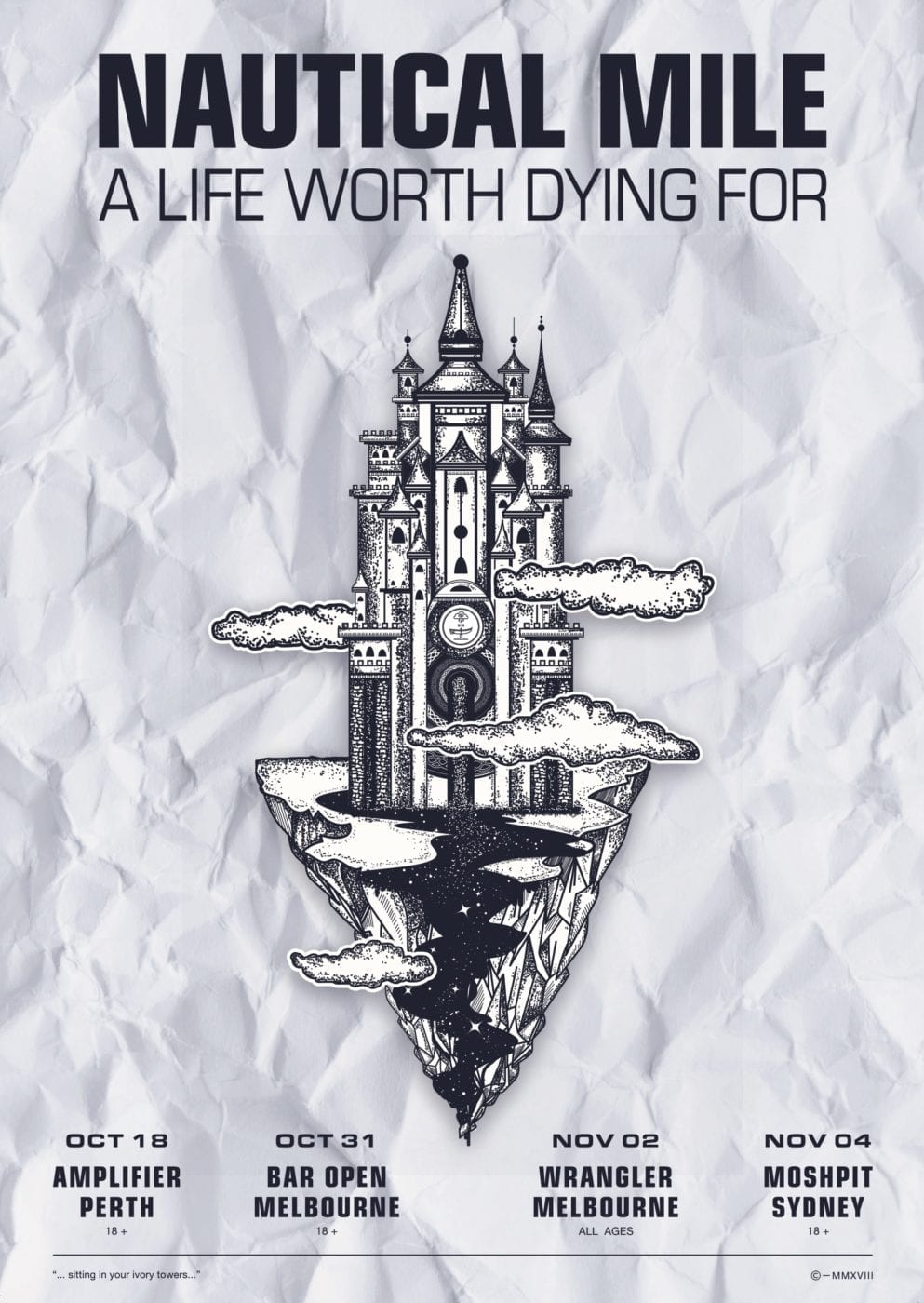