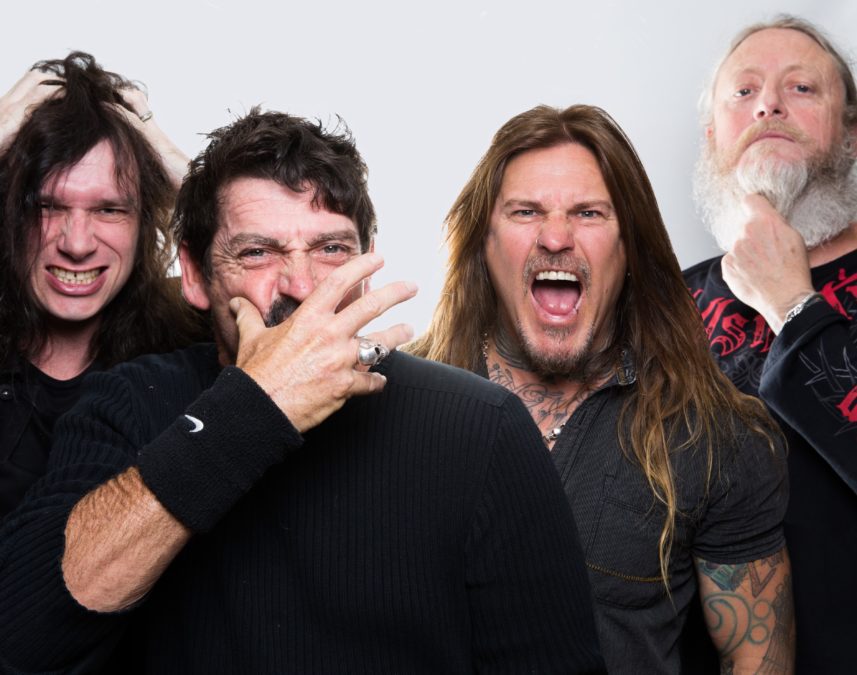 There must be something in the VB in this country when it comes to rock and metal.

Not only do we consistently churn out high-quality bands, but those bands almost always seem to get stronger as they grow older.

Bands like The Screaming Jets, The Angels, Rose Tattoo and Baby Animals have been around for more than three decades and are still churning out new music at a high rate of quality.

Now we can add The Poor to that list on the strength of their recent single Payback’s A Bitch. It is a hard rock song with more venom than a rattlesnake and twice the knockout power of Kostya Tszyu.

It is a song that emphatically re-introduces The Poor to a new generation of fans while still remaining loyal to their existing base, but, more importantly, proves that great rock music is still great rock music no matter your viewpoint.

Payback’s A Bitch isn’t just the first new music from The Poor in more than a decade, it is also the first new single since Simple Living in 1998.

Drummer Gavin Hansen took time out from thrashing his kit to chat to HEAVY about what many are calling the rebirth of one of Australia’s premiere hard rock outfits.

“Yeah it wasn’t the record we are proud of or wanting to achieve,” he laughed. “After Simple Living, we had two albums, Round 1 and Round 2, and had singles off those, but we didn’t really push them as singles as such. It’s been a while!”

It may have been a while, but as the saying rightfully proclaims, some things are worth the wait. And Payback’s A Bitch definitely reinforces that point.

“It’s a cracker and was one that we always went back to when the conversation came up about what’s gonna be the first single,” Hansen agreed. “It’s a little bit special because it’s the first one with Dan that we wrote when we started writing that batch of songs. It stood out and made sense, even with the hot topics in there, it deserves to be out there.”

Payback’s A Bitch oozes venom, with critics already saying that it is a statement of intent, The Poor’s way of letting the world know they are back and ready to fuck shit up.

“Not really,” Hansen corrected. “It was just a tough riff and a really cool groove to play. It demanded a strong lyrical content and strong title. It wasn’t really intended as a fuck you, fuck everyone, we’re back kind of thing because we never considered ourselves gone. We’ve had a couple of people ask that, was it aimed at certain people or certain labels or certain situations, and it’s not really, not at all. We’re not good at biting our tongue (laughs).”

In the full interview, Gavin opens up more about the song and The Poor’s new music, the direction the album will take, the continued strength of the band’s music and their loyal fan base, upcoming shows, the strength and endurance of Aussie music, The Poor’s live shows and the high energy associated with them, signing with Reckless Records and more.