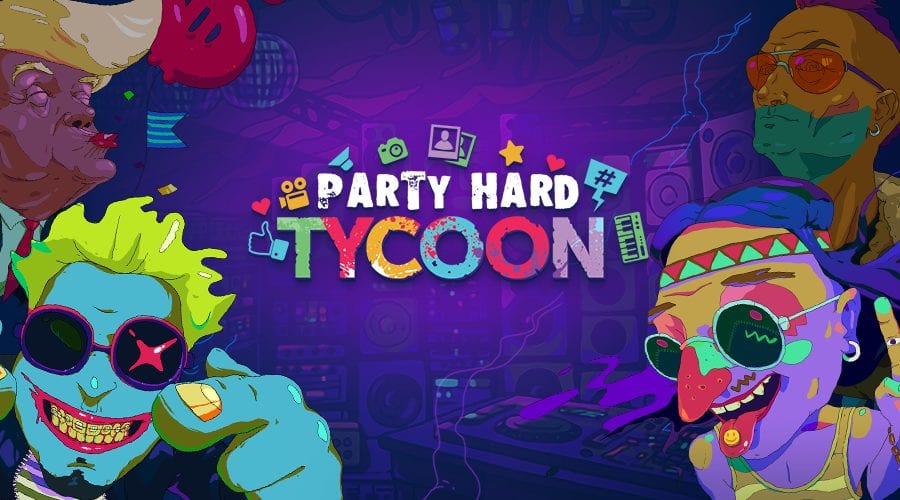 ‘Tycoon’ games have been around for almost 20 years now: from RollerCoaster Tycoon to Jurassic Park: Operation Genesis to last year’s Planet Coaster, business management simulators are the quiet stars of the industry. They tend to have niche fanbases, but it’s also hard to come across a gamer that hasn’t, at some point, played and enjoyed something with ‘Tycoon’ in the title – and their effect is felt all throughout the gaming world. Dwarf Fortress, Minecraft, and indie titles like Prison Architect and Academia: School Simulator all utilise elements of the genre.

It’s a strange genre too because the fun isn’t delivered to your doorstep – you need to make it for yourself. Most of the time, there aren’t clear-cut victory objectives or storylines: just you, your budget, and all the tools you need to build the park, prison, school, or fortress of your dreams.

Without quest markers to guide them, players often set their own challenges: building a successful theme park on a minimum budget in RollerCoaster Tycoon, setting up shop near an active, demon-filled volcano in Dwarf Fortress – these games instil a mind frame in gamers that’s almost sadomasochistic. One RollerCoaster Tycoon player built a skeleton-themed ride that lasts months of in-game time, starving its occupants before dumping them into a pool. When they climb out of the pool, they find themselves back in the queue for the ride.

As a big fan of these understated games, I’ve wanted to write something on them for a while – and the time has finally come. Party Hard Tycoon, developed by Pinokl Games, is the spin-off to 2015’s hit indie game Party Hard. This time around, instead of stalking and killing party guests (and assorted wrestlers, men in black, and grizzly bears), you’re the guy organising the parties and inviting the grizzly bears.

Alex Potapenko, a producer on Party Hard Tycoon, describes the game as a “booze-infused multicultural XXI century romp featuring zebras, firefighters, moderate nakedness…and some killing”, which goes some way to explaining the developer’s mindset. The most striking thing about Party Hard Tycoon is its visuals, which borrow a great deal from its predecessor but add so much more. Each setting is soaked in sickly party lights, with their own variations on grime and makeshift good times that foreshadow the gameplay itself.

“We were inspired by our own Pinokl party, when we tossed the fridge out of the office window. Okay, kidding aside: those who saw the original Party Hard for the first time and weren’t aware of the title’s genre thought it was a tycoon game. Other than that, our team drew inspiration from the likes of Game Dev Story and Game Dev Tycoon. We were fascinated by the management features of those and decided that Party Hard had all the potential to get its own economic sim spin-off. In Party Hard, people have been having tons of fun not only knifing their way through unwary partying cattle but building their own parties with the in-game workshop too. Now fans actually accuse us of being shamelessly cunning and selling level editor separately.”

The original Party Hard gained a large part of its following from famous streamers playing the game on Twitch and YouTube. In recent years, lots of developers have built their games around Twitch streaming: Clustertruck and ICU immediately spring to mind, with options for Twitch.tv audiences to control what is happening in the game, helping or hindering the player. I was interested to know if something similar was planned for Party Hard Tycoon.

“Indeed, YouTube guys and broadcasters were kicking it with the original. So we made sure to give them plenty to play around with in PHT. First of all, there are events that occur randomly during parties. Sometimes cops raid your party searching for a suspect; sometimes a drunken pirate pays you a visit. You’ll have to deal with reeking guests, audacious bikers – all the stuff that allows video creators to have more fun with their game. By the way, in our upcoming sequel, Party Hard 2, we will bring back Twitch integration – a killer feature from the first game that will allow viewers to participate in the streamer’s playthrough.”

Party Hard Tycoon is still in development but is available as Early Access on Steam. This means players can fund the game’s development while getting to play early versions of it. Though the game is a little bare-bones at the moment, Alex has plenty of ideas for future updates.

“You should expect a lot of updates in the near future. One of them will add new music tracks to the game. Different party themes will have their own selections of themed music: relaxing pieces for lounge jamborees, synthwave for 1980s-themed gatherings, psychedelic tunes for hippy conventions, etc. Also, we plan to add more personnel (superheroes, lunatics, freaks, you name it), and clarify each party theme’s requirements. I can’t tell you much besides that as it will reveal our hand. We’d like to keep some element of mystery.”

As always, I gave Alex the chance to sign off with an advert for Party Hard Tycoon. He didn’t say much… but, really, have you ever heard a better advert than this?

“Where else can you stuff a casino with flamethrowers, cacti and horses, hire a bearded goon to take people’s money, and then get paid for it? Right answer.”