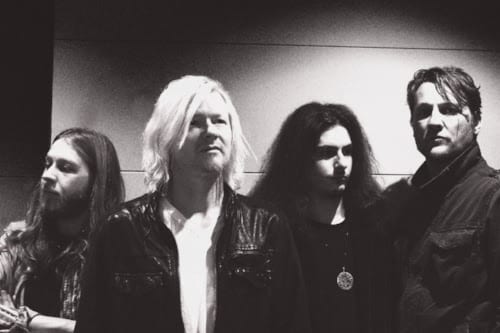 Melbourne rockers Palace Of The King have been confirmed as very special guests on the upcoming national run from Australia’s rock n roll outlaws, Rose Tattoo.

POTK have had a huge 2018, releasing their third album Get Right With Your Maker in April which saw them undertake a huge 8 country European tour before heading back to Australia for sold out shows with Baby Animals and regional shows with Rose Tattoo.

“Get Right With Your Maker” album is available now!
http://smarturl.it/Get-POTK-GetRWYMaker

Today they release their new video for “I Am The Storm”

Recently POTK headlined two huge nights at Frankie’s Pizza in Sydney and The Cherry Bar in Melbourne where both shows were full houses, with the venues turning people away at the door!

The bands four on the floor rock n roll is as addictive as it comes.

Rose Tattoo have been going non-stop for 40 years and 2018 is no exception, with the band currently in Europe for the second time this year! They are in deadly form and the double hit from a couple of Australia’s rock authorities is exactly what you need!

Get out and get some!

PALACE OF THE KING TOUR DATES