THE OTHERY GUY To Get American Release 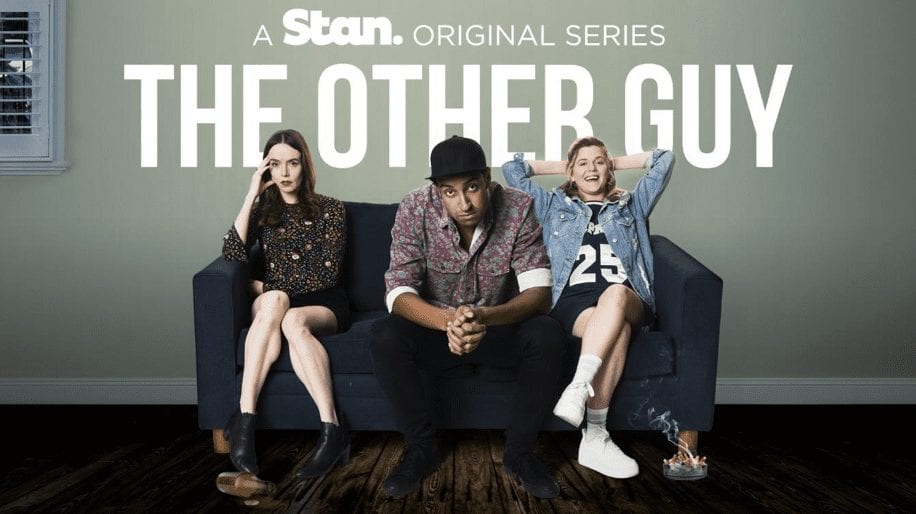 Stan announced today that Entertainment One (eOne) has licensed the Stan Original Series THE OTHER GUY to Hulu in the US and Super Channel in Canada.

THE OTHER GUY is a funny, raw and poignant look at relationships and heartbreak in the online age and will start streaming on Hulu June 28th as well as premiere on Super Channel on August 13th.

Season Two of THE OTHER GUY is currently in development with Stan and Create NSW.

Create NSW Director for Sector Investment Sophia Zachariou commented, “This is fantastic news for this NSW-born production and a testament to all of the talent involved in such a refreshing series. We are proud to have been involved in bringing the series to screens through our Made In NSW fund and delighted to hear it has now gained international traction with the US and Canadian sales success.”

Angie Fielder and Polly Staniford of Aquarius Films said, “We are thrilled to be bringing The Other Guy to US and Canadian audiences. It’s great to be partnering with Hulu and Super Channel whom we feel are the perfect platforms to launch this fantastic series into North America.”

Executive producer for The Other Guy, eOne’s Jude Troy said, “We are enormously proud of the show and delighted that our first foray into TV production has landed in the US and Canada.

We are looking forward to building on those initial sales as we head into Season 2.

Stan’s Chief Content Officer, Nick Forward said “We’re thrilled to see The Other Guy acquired by Hulu and Super Channel and extremely proud of what Matt and the team achieved with the first season.”

On the back of its launch last year in Australia, THE OTHER GUY joins a growing roster of Stan Originals’ award-winning, fresh and diverse dramas and comedies to find major international partners. Earlier this year, Romper Stomper was picked up by BBC in the UK, AACTA Award-winning and Logie Award-nominated drama series Wolf Creek was distributed through global content leader Lionsgate for the North American Market, and FOX international Channels in the UK, while AACTA Award-winning and Logie Award-nominated series No Activity was recently picked up by Hulu in the US through a deal with BBC Worldwide. Last year CBS Television Studios, in association with Funny Or Die, Jungle and Gary Sanchez Productions, commissioned and produced an eight part US version No Activity, also streaming on Stan, with season 2 in pre-production.

THE OTHER GUY is currently streaming exclusively on Stan

PrevPrevious.Joey Tempest of EUROPE talks with HEAVY TV
Next.What You need to Know About this Weekends “Heavy AF Fest” in MelbourneNext