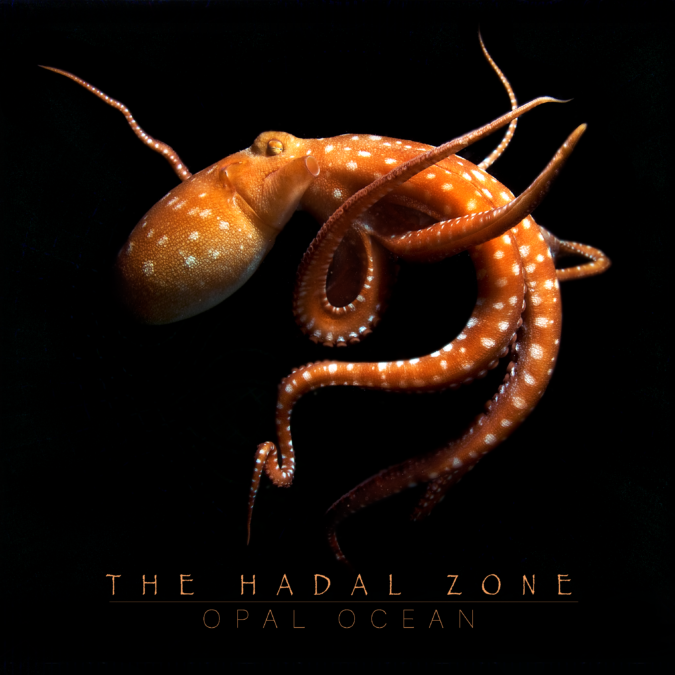 That’s most likely because you’re yet to discover Opal Ocean‘s latest album, The Hadal Zone.

The dreaded sophomore album is sometimes what can make or break a band. With a lifetime of work and inspiration poured into a debut LP, some artists can sometimes struggle to back it up with an album that’s worthy of following its predecessor.

Other artists, however, are able to prove themselves as truly having so much more within that they can exceed all expectations and then surpass it.

The Hadal Zone is one of those such albums. So much so, that Jordan Rudess of Dream Theatre fame, was happy to lend his talents on one of the tracks.

Funded through a successful crowdfunding campaign, the duo was able to bring their vision to life for The Hadal Zone, which is the region known as the deepest part of the ocean, or the underworld in Greek mythology. A universe completely different unto itself, pitch black and filled with alien-like creatures and the great unknown. This is the area the band wish to take you with their latest journey.

Kicking off proceedings is the opening track “Schmeckledy-Pop”, (a Rick and Morty reference for those playing at home), is the perfect introduction to the album as it sounds like the logical next progression from their previous work. Familiar enough to belong on their previous work before leaning into a 3/4 time signature to signal what lays ahead. “Time I live” kicks in next with an intro riff that sounds like the love child of “Killing in the Name” mixed with Tool‘s “Invincible”. The concept of The Hadal Zone begins to shine on this track as it almost drowns the listener downwards into the depths of the ocean, where the band wishes to take you.

The party really kicks into gear by the time the seven-minute epic “Point Of No Return” drops in with an intro that would not be out of place on any classic metal album. An absolute stand out track of the album that continues to build, drawing some seriously progressive influences before expanding what can be done on an acoustic guitar. The song has it all; classical elements, metal, a hint of hip hop, whammy pedals, scratch solos before hitting with some heavy crushing solos leading into a 5/4 signature and a melodic outro. This song sounds like it will be an absolute beast live and is a great indication of just how far the chemistry between the pair has come and how they are pushing each other to challenging new levels.

Lead track “The Hadal Zone” is a straight-up homage to their love of the band Tool. Teasing like any classic Tool song to blow up at any point, it instead draws back to its melodic intro time and again, leading into a bridge that sounds inspired by “Pneuma” and “Schism” before eventually exploding into an almighty climax. Check out the equally impressive film clip which has been released for this song, with some incredible visuals to suit the song and album concept of deep ocean abyss.

The album continues to twist and weave through progressive elements taking the listener deeper into their visual oceanic concept, with a guitar drum interlude and the frenetic “Fight or Flight” before “Desire Path” slows it down a notch giving the album some breathing space before the industrial influenced “Micro Rave” culminates in a powerful blast beat style finish.

The penultimate song of the album “Polycephaly” is a twisting and turning journey where Jordan Rudess makes his appearance and plays along with the duo for yet another seven-minute epic. You can tell this song was written and inspired by the boy’s love of Dream Theatre and the interplay between the three gifted musicians is something to behold.

All up this is truly a unique and incredible album that is clearly a labour of love and a testament to the writing capabilities of the duo. It could easily be used to demonstrate to your non-metal loving partner the sheer power of metal in a more traditionally accessible format as it contains the power, attitude and essence of progressive metal, a monumentally strong feat given its primarily two men on their nylon-string acoustic guitars.

Watch “The hadal Zone” below: