There perhaps hasn’t been a more aptly named album all year that Chrome Division’s One Last Ride. See after fifteen years together the Norwegian hard rockers are calling it quits after this album, but they have one special last surprise for all of their fans. Thanks to a well thought phone call from Shagarth fans get the opportunity to hear Eddie Guz at the helm of Chrome Division one last time as he happily takes over the vocal duties once more. HEAVY Mag recently had the pleasure of being able to sit down and talk to Guz about the album.

“Well for all of these years Shagarth and I have still been friends,” says Guz when I ask him what it was like returning to the band for what he knew would be the last album. “We were always hanging out, having beers and having a good time. This actually all started while we were out having a beer and Shagarth said he was thinking about shutting down the band and I said ‘wow if you are going to do that please let me sing on one last song’ and he just responded by saying ‘yeah that would be cool.’ Then about a month after that he called me up and said ‘how about you sing on the whole album?’ and of course I said ‘yeah, that would be very cool.’”

“I thought it would be cool because I did the first album to come back and do something on the last album,” answers Guz when I ask him what made him come back to Chrome Division. “For me it felt like that would be a very natural way to go. It was fking great when he called up and asked if I wanted to do the whole album. I was like “yeah, let’s fking do this.”

One Last Ride is released on November 16th. You can hear the full interview with Eddie Guz by using the Spreaker player on this page. 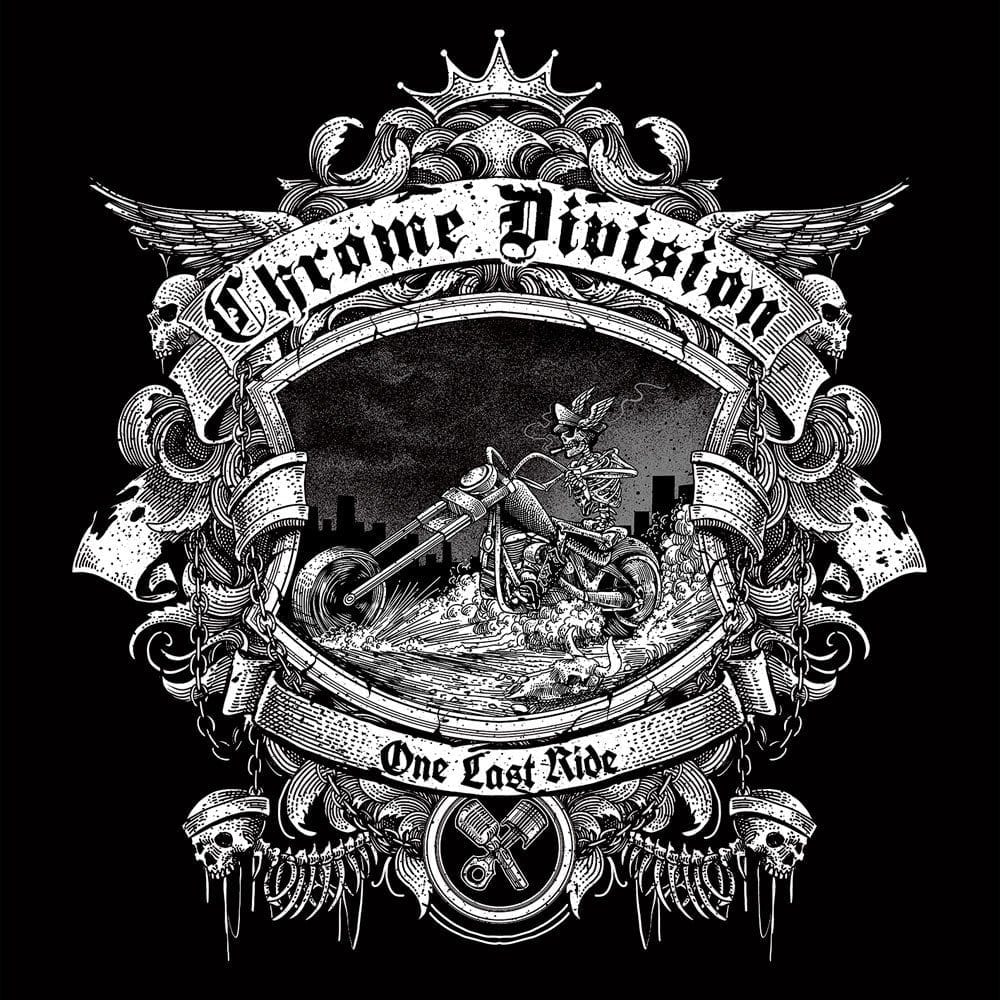