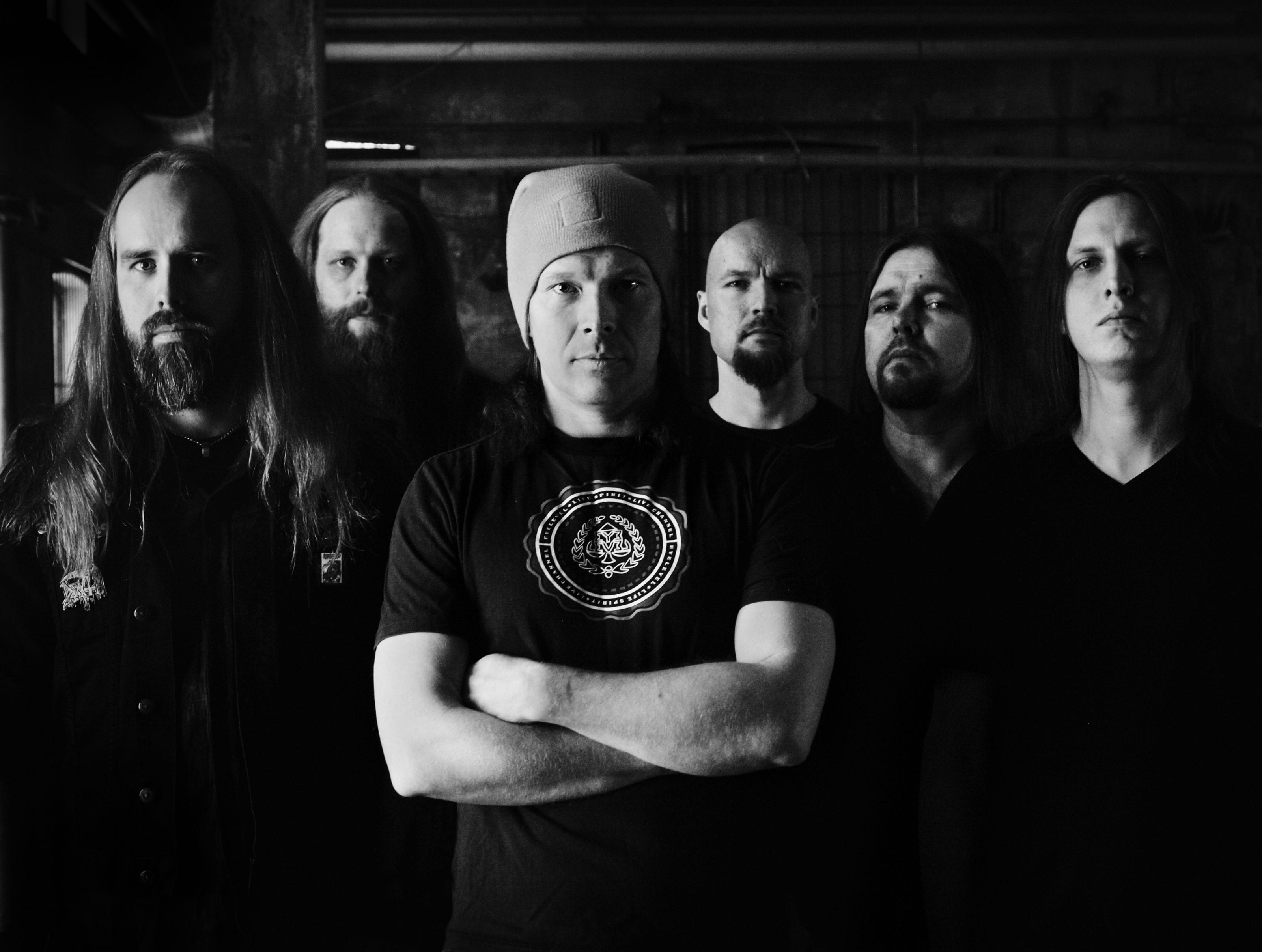 Finland’s Omnium Gatherum have been at the forefront of progressive, technical, heavy, melodic and extreme metal for over twenty years. With many numerous and obvious influences, it is quite clear that for over two decades Omnium Gatherum continues to reinvent and outdo themselves with each new release and last years The Burning Cold is no exception.

With an imminent and extensive tour of Australia almost upon us, where there will absolutely be many peoples faces shredded and melted off, as a result, Metal V spoke to Omnium Gatherum’s vocalist Jukka Pelkonen about all things The Burning Cold and their much anticipated first tour of Australia.

So being Omnium Gatherum’s first trip to Oz, the most obvious first question was if they are excited to be playing to their fans for, the first time, to which Jukka boldly states, “Of course! It doesn’t matter what’s the place, the first time is the first time wherever you go!”

Before delving into discussions about breaking Omnium Gatherum’s Aussie tour cherry, Metal V and Jukka discuss their eighth studio album and how they have firmly established themselves and their sound above and further beyond the diverse influences that have so set them apart from their peers. Jukka responds, “of course every time you do an album your influences will show up in some way or another in the music because that is just logical. But for this album in particular, we went back a little bit to create it, because Grey Heavens [2016], our previous album was a darker case in so many ways. So we went back to the times of (The) Redshift [2008], (Omnium Gatherum’s first album) Spirits and August Light [2003] when I wasn’t actually in the band and we sat down…and discussed what kind of album we want to make which represents us as the band that people know from the past but also the band that is always going forward so we wanted to make that kind of mix up.”

Responding further, Jukka delves further into the Omnium Gatherum sound heard on The Burning Cold and discusses its structure more profoundly, “for this particular album it was more about the mix up of the harshness of the very heavy riffs and the melodies that continue, to have a thick pattern, in a sense because we do not want to venture to  far off from the style that we have…I think for this album, we have made the combination pretty well.”

Being the primary lyricist for Omnium Gatherum, Jukka discussed how he ventured into writing songs on The Burning Cold and whether he had any particular foresight as to any underlying message or themes for the album, whether each song stands on its own and how does Jukka try to express himself, particularly as a front man for the band. “For me, it’s a little bit of column A and a little bit of column B, because for me, because those songs stand alone as individual pieces, but there is an underlying thematic for this album and for the previous album also. But on this one, it’s basically the paradox of we as people understand intuition as to what is the deal between the state of peace versus the state of war! For the individual…and for the whole population, we are the whole world as nations and the bigger picture, we are one planet.”

Jukka then says, “This is the main theme for the album and this is why it is called The Burning Cold you can really feel the positive and negative aspects of war and peace. You can feel that it’s burning, the idea and thought that we are going in this circle is kind of freezing if you start to think about it, going into the depths of it.”

After some further chatting on the positives and negatives confronting our existence, Jukka proudly says, “Heavy Metal music globally is really aggressive…but there are studies that say there’s such a positive vibration going on in the metal community globally. There’s no violence!

Jukka throughout the rest of the interview discusses his dual roles as a front man for a metal band and role as a human being and foremost his excitement of Omnium Gatherum touring Australia for the first time.