Northlane have released their brand-new single, “Talking Heads” taken from their fifth studio album, Alien, out August 2 via UNFD.

“Talking Heads talks about the insecurities and anxiety that come with growing up in a violent home with drug addicted parents. That trauma had made it difficult to express my thoughts and ideas in the past, both emotionally and creatively.” Says vocalist, Marcus Bridge

He adds, “We started working on this song pretty early in the process and I think writing it actually started to erase a lot of that insecurity, helping me open up a lot more for the rest of Alien. I think it’s important to know that there are a lot of people who feel the same way. I hope with this song and the issues talked about on rest of the album, that people will start to feel comfortable opening up about their past, turning it from a weakness to a strength in the process.”

Northlane’s Melbourne show at 170 Russell sold out in 7 days and due to popular demand, a 2nd show has been added on Thursday 17 October. Tickets on sale now.

Exclusive VIP tour packages are now available. These very limited packages are available for 10 people per city at each Australian show and selected cities in the UK and Europe.

The VIP packages include:

VIP packages and tickets are available at northlaneband.com 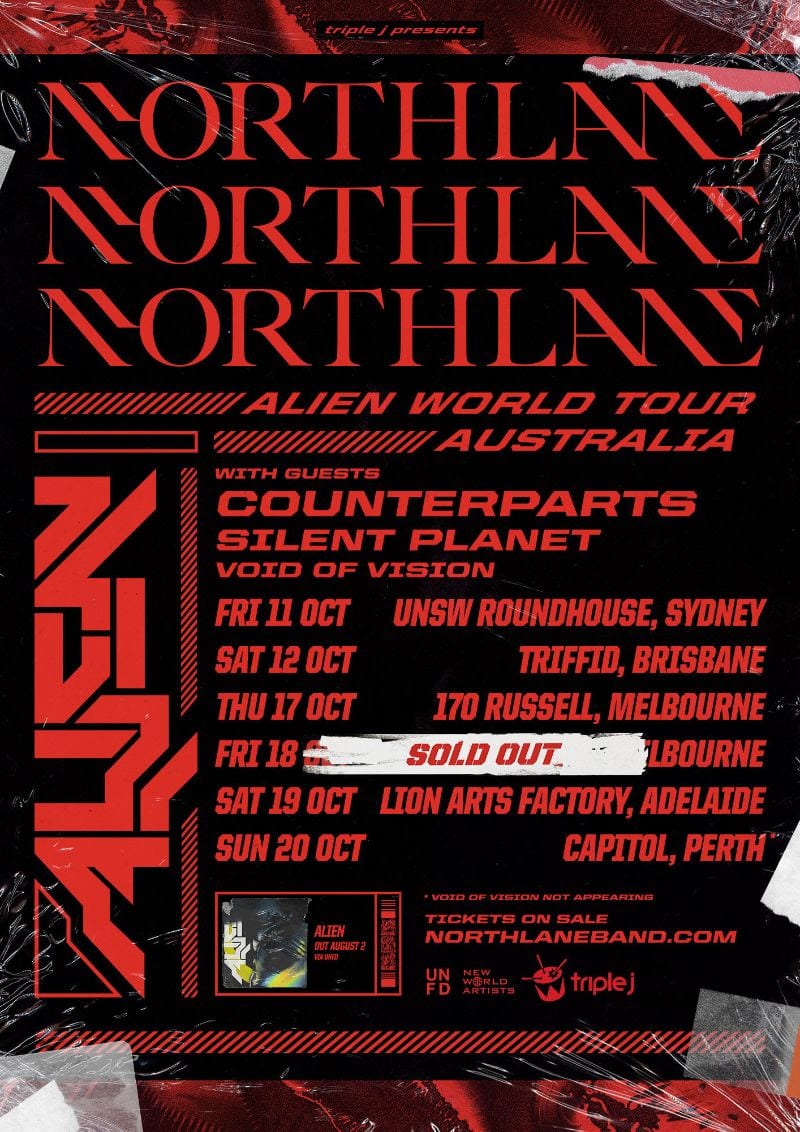