When you think of India, alternative rock music isn’t the first thing that springs that mind. While many know India as a land of beauty or see it is a country that is home to an arch rival cricket team, many don’t realise that India actually has a strong alternative music scene as well. As a music writer over the last two years I have noticed a steady number of Indian metal acts being sent my way but nothing prepared me to meet an artist as interesting as alternative rocker Nitish Pires.

Based in Mumbair Pires has established himself as one of the hardest working musicians in India. With a love for the music of artists like Black Sabbath and Pink Floyd Pires set about carving out a career for himself… not something that was all that easy in India. But now Pires is considered one of India’s best rock musicians and he is now celebrating the launch of his new album Am I Evil… the result of over 200 songs he wrote while backpacking.

As we chat Pires reveals just how much of this new album was inspired by his most recent trip. “I bicycled around the country,” he says with a laugh. “About 3500 kms right around from the south of the country through to the north and I met some amazing people. That inspired me to actually go out of the country and meeting some inspirations on the way. So all of the inspirations with this album are from my inspirations of meeting all these people. So Am I Evil is a mixture of all my experiences in Russia, Germany, right across Europe, even London… everywhere. Like the song You Fake came from when I was camping in the woods, so every song has come from some kind of experience that has happened.”

Writing from such personal experiences meant that when Pires headed into the studio it felt like he was back on that journey. “Every song that I was recording was taking my back to my experiences,” he says. “It felt like while I was in the studio all the experiences were getting dramatic, you know. Everything was being amplified and my feelings and experiences were being amplified. My songs were really just an amplification of the experiences that I had. It felt like going back in time again and when I talk about the amplification of an experience I mean like how some small incident can bring something to big masses. Like if that small thing explodes what is it going to do for the masses, that is what I felt when I was reconstructing the songs back in the studio.”

Am I Evil is out now. 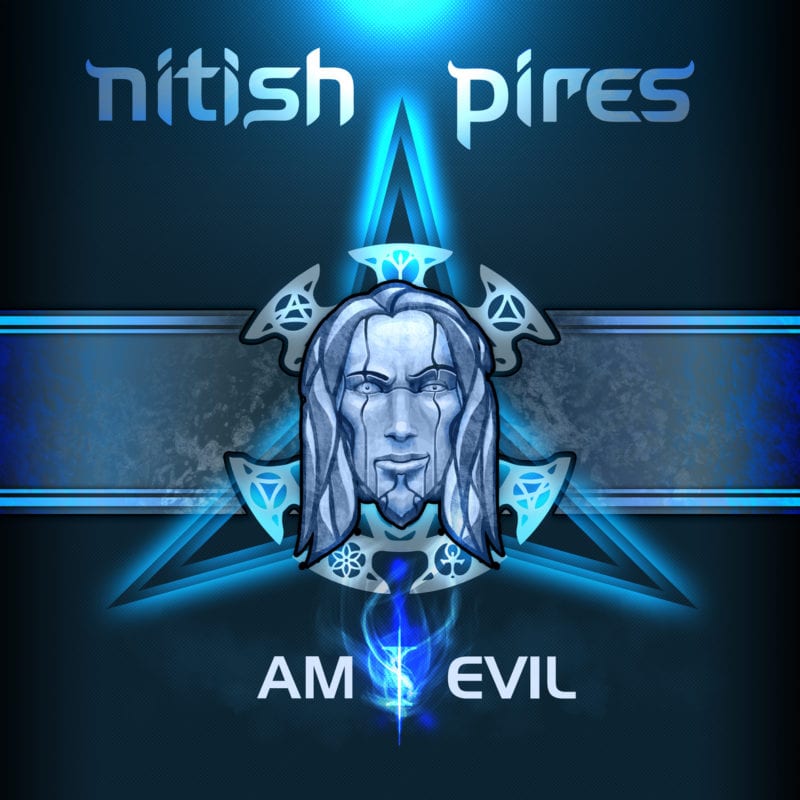