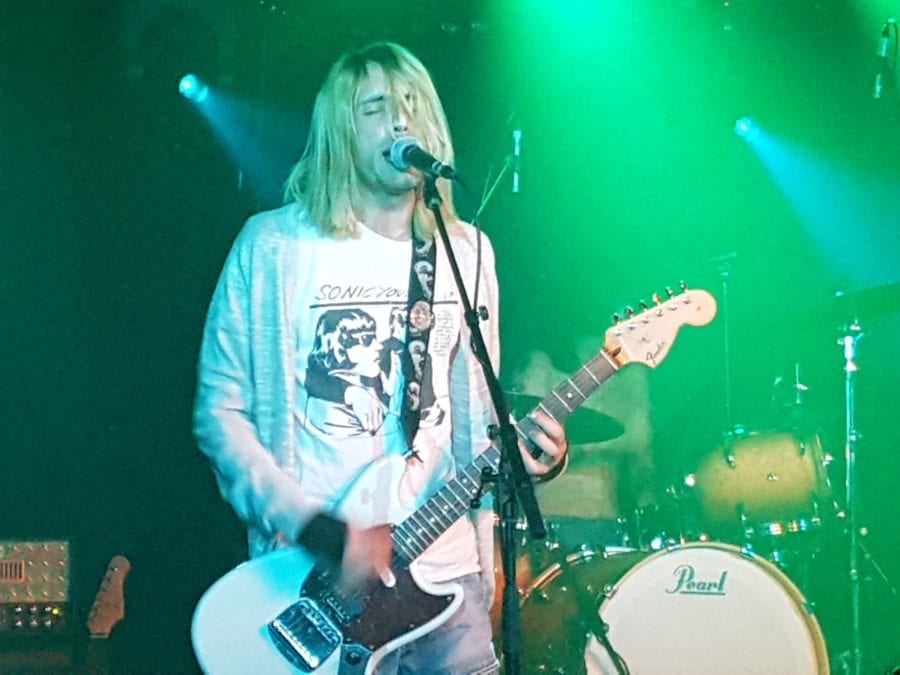 They’re usually down at your local pub, belting out the tracks your favourite bands used to play decades ago to a usually slightly older crowd who want to get loose on some cheap drinks close to home. And these tribute acts can either do it well, and deliver that hearty cheap night of fun, or they can be really, really shit.

So my eyes raised when I saw the world’s supposedly No.1 Nirvana Tribute, out of the UK, were touring Australia. Are these guys really THAT good that they’re playing being flown hallway across the world to play some of the best band rooms in four cities in the country? Put simply they proved, yes, they frigging are.

Our Kurt Cobain for the night, John O’Connor, has been doing this for 10 years all over the world and billed by ex-Nirvana drummer Adam Buckhard as “really is the closest to the real thing”. He’s got the look-a-like hair, a Sonic Youth shirt and white cardigan, the Marshall amp and those look-a-like Fender mustangs at his disposal. With him is a shirtless Dave Grohl look-a-like on the drums and a normal-looking short-haired dude as Krist Novasolic for bass duties. (I wish their names were mentioned somewhere in the publicity materials)

From the moment the flashing lights kick in with “Radio Friendly Unit Shifter”, these guys are on fire and deliver a 90+ minute show that doesn’t skimp on any of the energy their idols had or take any shortcuts. Cuts from all the records are here – its no greatest hits-only set. The sludge from Bleach, those familiar album tracks from Nevermind, and the raw, pounding riffs from In Utero all resonate with a three-quarter full room of punters clearly in their element and reliving their angsty youth. There’s fight circles breaking out in the mosh pit to the right of the room, the odd wild fan jumps up and stage dives, and others headbang along and chant every lyric.

Some tributes have the luxury to add in songs not played in a typical set or released after the band broke up. These guys did, and it’s fitting that some of the standouts were that extra track from the greatest hits record – “You Know You’re Right” – and a distorted, full throttle take on “The Man Who Sold The World” from MTV Unplugged. 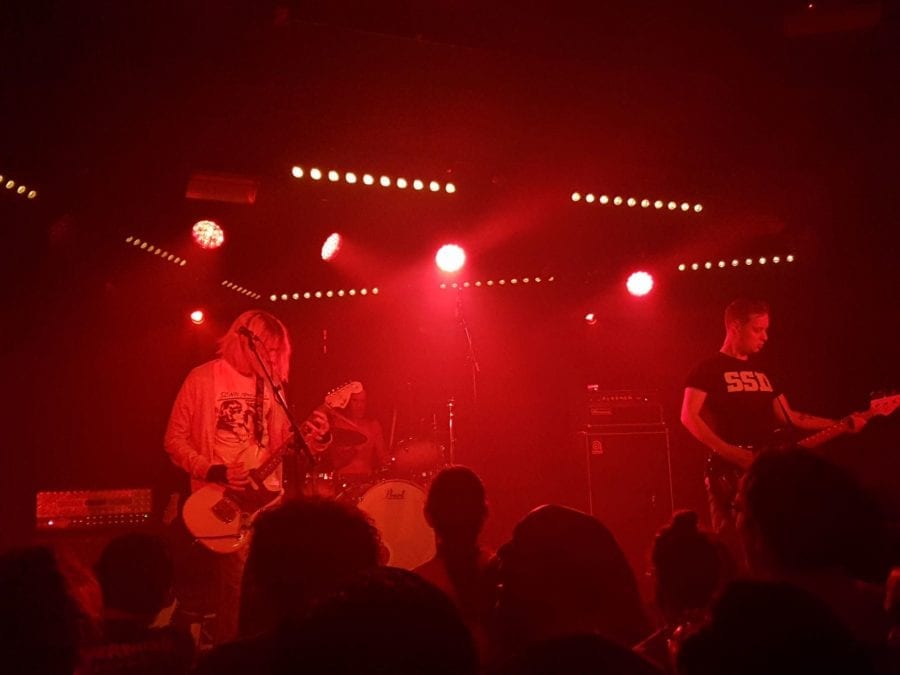 The trio finish their main set with “Blew” and dump their instruments for three minutes of guitar feedback, but “Smells Like Teen Spirit” hasn’t been played yet, and we know it has to be in the encore. It comes straight off the top, dedicated to a fan in the front celebrating their birthday – followed by ferocious takes on “Love Buzz”, “Territorial Pissings” and Endless Nameless. And proving again they don’t skimp on anything, O’Connor finishes the night by smashing apart his Fender and throwing bits out to the fans.

Nirvana Tribute replied to a raving fan on Facebook after the show with ‘See you next year’. If you have even a remote love of Nirvana or want to see a masterclass on how to do a tribute to your idols, do whatever you can to get there. Count me in for another dose, and an attempt to get a bigger chunk of broken Fender, when they return.