UK’s legendary extreme metal icons CRADLE OF FILTH have released the music video for the first single off their eagerly awaited 12th album, »Cryptoriana – The Seductiveness Of Decay«. The album is now available for pre-orders. Pre-orders as well as the music video for ‘Heartbreak And Seance’ can now be accessed here!

‘Heartbreak And Seance’ can now be purchased as an instant grat track from all known download platforms: https://caroline.lnk.to/Cryptoriana

»Cryptoriana – The Seductiveness Of Decay« will be released on September 22 viaNuclear Blast.

Also find the stunning cover artwork by Artūrs Bērziņš below. Bērziņš is the mastermind behind the new record’s artwork, photography and videography – best known for his defiant neo-symbolism raster graphics and oil paintings; postmodern interpretations of classic myths. He has been proclaimed as a “sacred monster of Latvian postmodernism”.

»Cryptoriana – The Seductiveness Of Decay« was recorded at Grindstone Studios, Suffolk, UK by the very honourable Scott Atkins, esq. who has been the resident go-to producer for CRADLE OF FILTH for several albums. Dani sat in during the mix, serving up flaming mugs of teas, making the studio couch his own and lending his ears when necessary. 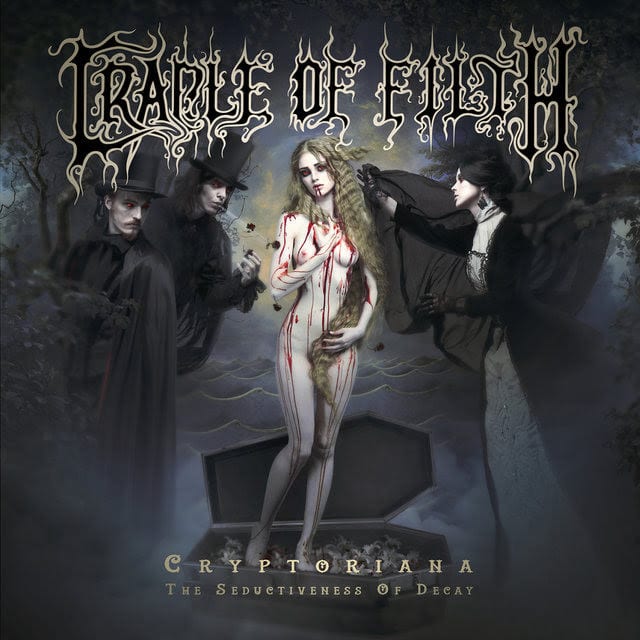