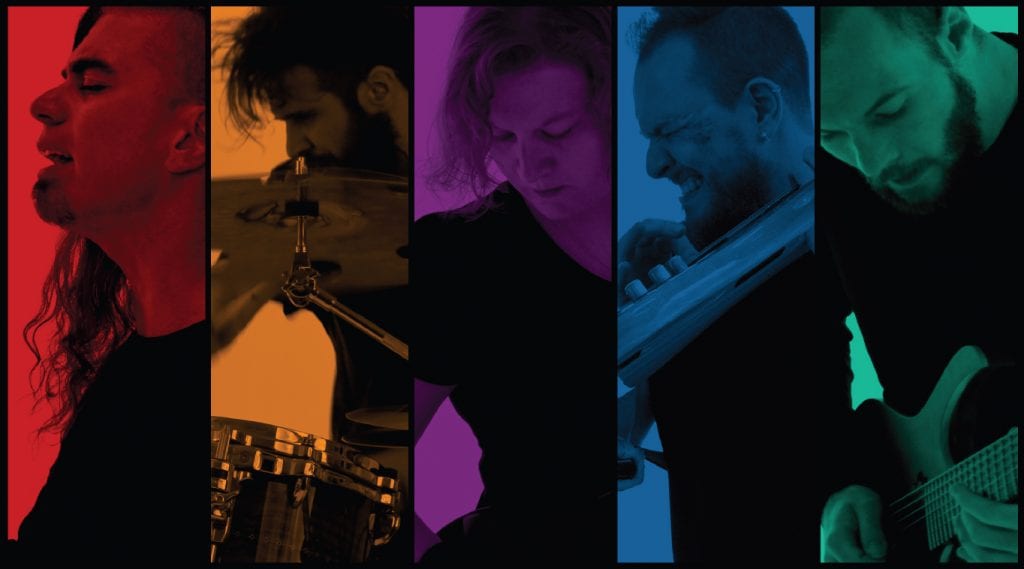 VOYAGER are building towards what is to be a mammoth album release – with their new record (their 6th!!) GHOST MILE out on May 12th and a tour with France’s The Algorithm already announced, it’s time to get to the nitty-gritty of it.

Punters can now pre-order the album right here – http://geni.us/VoyagerGhostMile (and get Misery is Only Company and Ascension instantly on iTunes pre-orders!) AND we now know who is supporting Voyager and their French pals The Algorithm on their tour of Australia. Oh! And Ascension is now available to stream at Spotify!

Adelaide’s show at Fowler’s Live sees Tony Font Show in support, Melbourne gets Windwaker at The Evelyn, Brisbane, The Stranger at The Zoo, Perth will see Sparrow in support at Amplifier, Canberra gets Immorium & HighView at The Basement and Sydney gets the mighty Hemina at Oxford Art Factory.

The filmclip (now at 20k views!) for single Ascension premiered at massive UK website Prog and was featured on triple j’s The Racket, Home and Hosed and 2017 with Richard Kingsmill last week, as well as Andrew Haug Radio and Hysteria’s Hard Noise show – and has been on solid rotation on late night RAGE for the past 3 weeks in a row.

VOYAGER’S sensationally anthemic 6th opus has an amalgamation of everything the band does best – huge soundscapes, pop and prog sensibilities with catchy and thought-inducing instrumentals. The album was mixed by Matthew Templeman (Saviour, Life Pilot) and mastered by Simon Struthers and maintains the production that was such a successful selling point for their album ‘V’.

In June 2014, Voyager released their fifth opus; the internationally critically acclaimed ‘V’. Their new album received incredible reviews from media outlets such as Metal Hammer, Prog Magazine, Classic Rock Magazine and Revolver Magazine. In addition, ‘V’ entered the
top 20 on the CMJ US Loud Rock Charts and led Voyager to receiving a nomination for the ‘Breakthrough Artist’ award at the 2014 Prog Magazine Music Awards and an invitation to appear at Bigsound 2014.

‘V’ also saw Voyager perform at major festivals such as ProgPower USA, Euroblast Festival in Germany and the prestigious ProgPower Europe Festival in The Netherlands. They also shared the stage with the likes of Deftones, Opeth, Leprous, Protest The Hero, Nightwish, Epica, Oceans of Slumber and Coheed and Cambria over the course of V’s album cycle.

Having ended 2016 with a bang touring Australia with DEFTONES and KARNIVOOL, receiving a WAM award for ‘Best Heavy Act’, and already being invited to once again play Euroblast and headline Progpower EU in 2017, it’s looking to be their biggest year yet with the upcoming release of ‘GHOST MILE’. 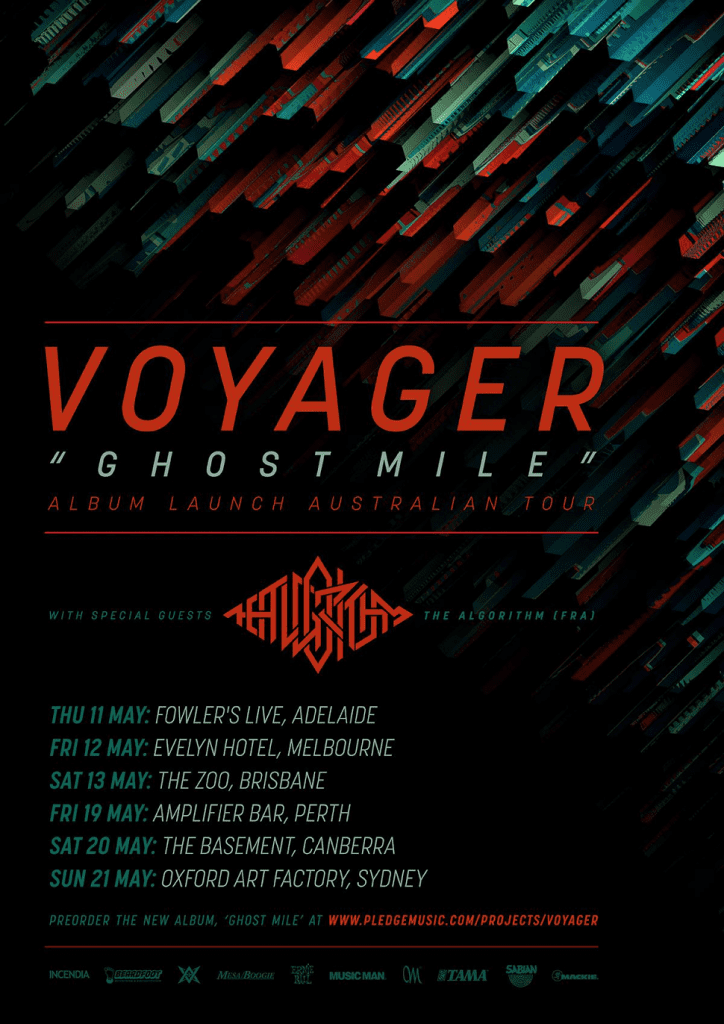