Twelve Foot Ninja are planning on whooping more arse this year with after belting ’16 around like Bruce Lee with numb chucks. Whopp Awwweeeee!

2016 was a big year for Twelve Foot Ninja. Tours across the US at some of the country’s biggest rock festivals and alongside some of the biggest rock and metal bands on earth, they dropped their second full-length record Outlier, (Top 5 Billboard Hard Rock Chart debut and top 10 overall ARIA Chart debut) that scored them an ARIA award nomination, they toured Australia with Disturbed and headlined their own sold-out shows as well AND dropped two of the most hilarious film clips – ever – for their singles One Hand Killing and Sick, which earned them a combined 1.7 million views on Youtube.

Now, with their 2017 ‘SICK’ Single tour kicking off on Saturday just gone with a Sold-Out performance at the Corner Hotel in Melbourne with Ecca Vandal and Figures, they are today announcing their supports for the rest of the tour, which continues around Australia through February and March – tickets are already selling like the proverbial ninja hotcakes.

Victorian dates on the tour will catch ECCA VANDAL and OSAKA PUNCH, Queenslanders have scored OSAKA PUNCH and HUMALITY on all dates, Western Aussies will see SPARROW and NUCLEUST take the stage, Adelaide crew get locals COLIBRIUM and JAPAM, Canberrans have scored TROLDHAUGEN and NA MAZA, Wollongong and Sydney will see TROLDHAUGEN and HEMINA and Newcastle’s show rounds out the tour with local legends MAJORA. 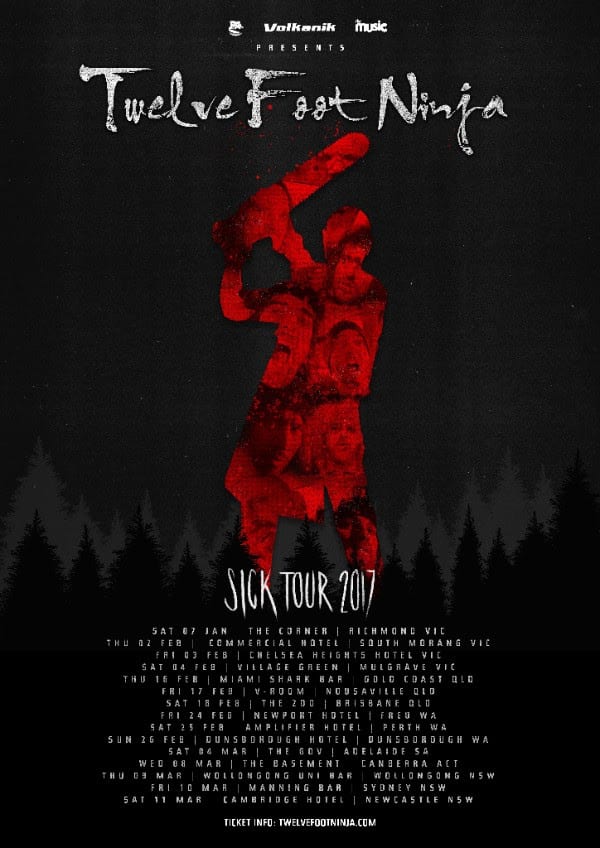 Staff writers are responsible for putting up the latest news in HEAVY music, interviews and reviews on the website. HEAVY Staff Writers are the heart of HEAVY.