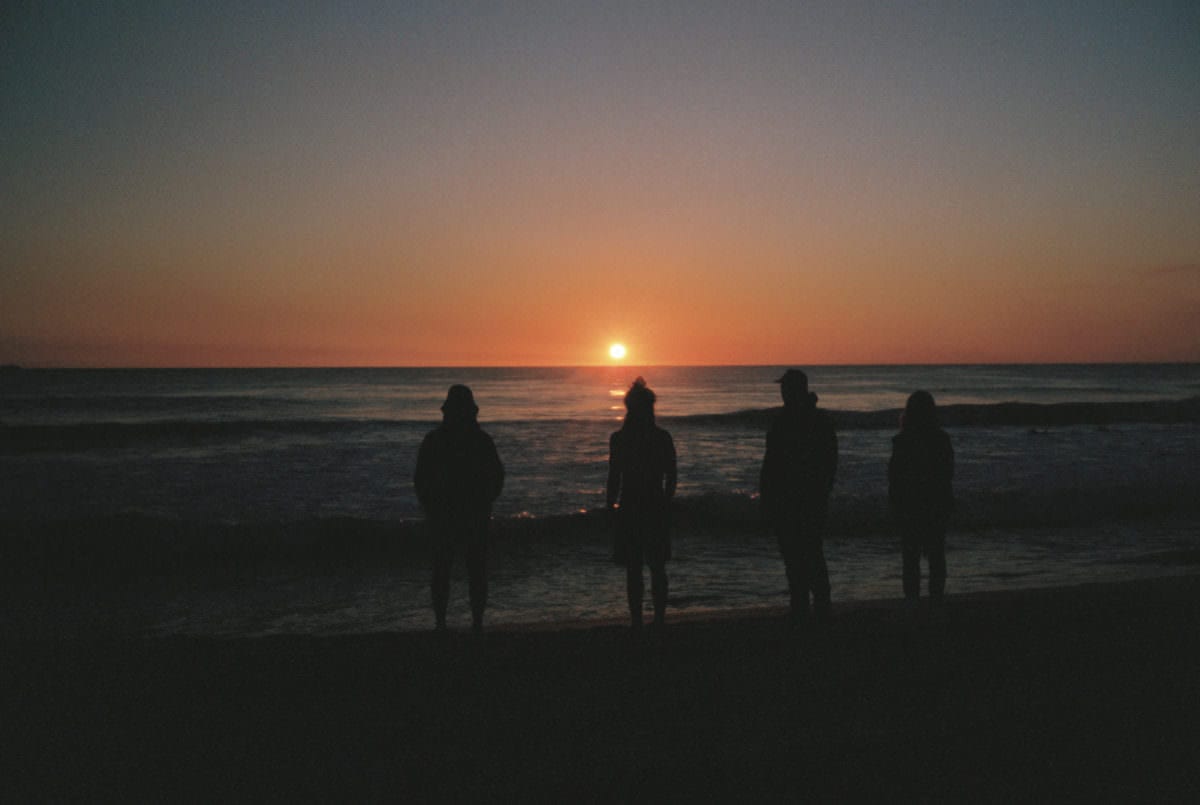 Front man Austin Getz doesn’t blink when asked to sum up Turnover’s third full-length, Good Nature out on August 25. “Learning,” he replies. “This whole record is about learning. Opening your eyes to new things, going outside of your comfort zone, and learning to grow into something new.”

Turnover reunited with longtime producer Will Yip to record Good Nature. Together, they spent more time in the studio than on any previous Turnover record, devoting hours of pre-production to methodically going through the new songs, fine-tuning parts and writing additional melodies. The bulk of the lyrics, however, were finalized during the band’s 2016 European tour. “That was a beautiful atmosphere to be doing it in – and the most intense experience I’ve ever had as a writer.”

Turnover’s previous full-length, 2015’s Peripheral Vision, won acclaim for showcasing a dreamier side of the band’s melodically-charged sound; Billboard noted that “the quartet has morphed into a moody, atmospheric indie rock band, without losing its knack for hooks.” As easy as it might have been to replicate that success for its third album, the band resisted the urge to play it safe.

“It can be hard to be honest with yourself sometimes when it comes to creativity,” Austin admits. Excited by the opportunities for personal and creative growth the band experienced in the wake of Peripheral Vision, they worked hard to strike a balance for its follow-up, “writing good songs but pushing boundaries, without getting strange just for the sake of being strange.”

The almost beatific radiance that imbues Good Nature comes from a place of calm and contentment, nurtured by looking inward. “Peripheral Vision was mostly a record about feeling emptiness and not knowing what to do. This one is about the steps I took after feeling those things, and where those steps took me, and learning to try to love the emptiness.”

The album’s unique blend of musical and spiritual growth is immediately audible on the opening track,Super Natural, a late-summer idyll of intertwined guitar parts and laidback vocals. “More than anything else, love has the ability to teach people  selflessness,” says Austin. “That song is specifically about just one type of love, romantic love, and how it became almost meditative for me. It made me feel so relaxed, but at the same time I could feel it was something so big … it’s ‘super natural’ and it’s ‘supernatural.'”

Turnover formed in 2009 in Virginia Beach, VA and has gone on to tour extensively throughout North America, Europe, Australia, and Japan. Their discography includes three full-length albums and countless EPs and split-singles, including last year’s Humblest Pleasures EP. “It’s really cool to see all the change, from the first songs we ever wrote, right up to Good Nature,” concludes Austin. Eight years into their career, Turnover sound better than ever. Slip on your headphones, open up your ears, and learn for yourself what the excitement is all about.

Tickets on sale now at www.tickets.destroyalllines.com