Five-piece metal act, Trigger, have revealed details for their new studio album called Cryogenesis which will be released worldwide through Hellfire Records Australia on July 18 th, 2017. Recorded by Chris Themelco at Monolith Studios and mastered by Thomas Plec Johanssen at Panic Room Studios.

Cryogenesis is a sci-fi influenced concept album spanning 10 tracks at 53 minutes. As stated by Trigger guitarist Luke Ashley, “Cryogenesis is a science-fiction narrative that addresses the struggle of gods and man. These historical demigods are all too real and not of this world; constantly vying for cultural control and dominion over humanity. Upon the Forge of Hephaestus, Tethered to the Tide and Veins of Ambrosia are excerpts of alien forces exercising their will, whilst Dead Sun and Dysphoria focus on the human psyche. We have created a world akin to our own, referencing important points in human history with a grimmer mythological impact. Sonically, our vision for the album was to bridge the gap between European and American influences, as well as the classic and modern aesthetics of metal. We wanted this to be a dynamic release that highlights the variety of the metal subcultures and throws them into a melting pot. It’s fast but spacious, heavy but contoured, all tied together with melodic strains. We’ve honed a unique identity for this release – we hope people have as much fun listening to Cryogenesis as we did writing it”

Cryogenesis marks Triggers second studio recording after their Machina EP, 2014. The albums first single “Upon the Forge of Hephaestus” is now available to listen below. 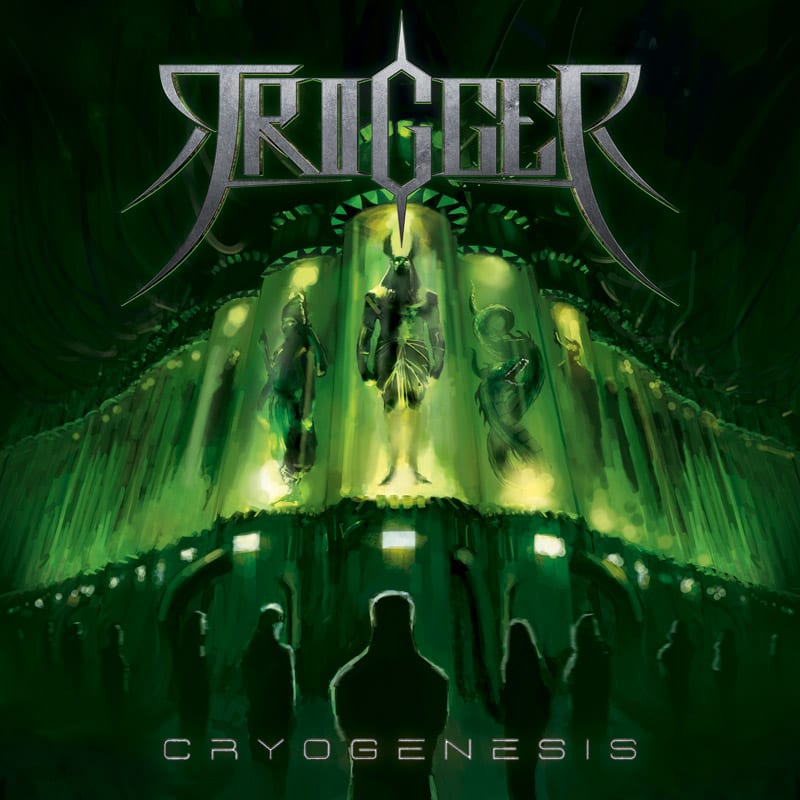