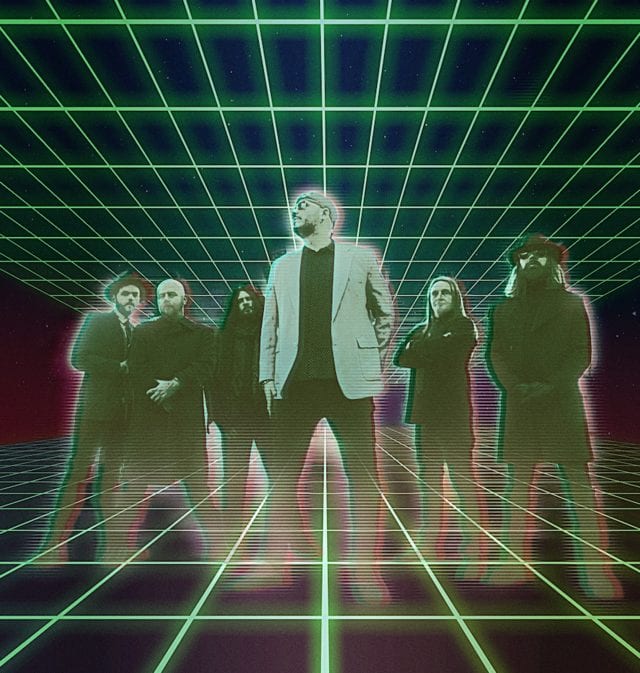 Comments singer Björn Strid: “‘Midnight Flyer’ might be the ultimate THE NIGHT FLIGHT ORCHESTRA track, and all the emotions that we think a classic rock track should convey are on there. When you find yourself on a night flight across the oceans, you’ve just left everything you love behind and once you land you know that nothing will ever be the same. You’ve got nothing left to lose, and you just want to escape reality, no matter the cost. A melancholic over the top party anthem, about the deep personal insights you can only get at 36,000 ft with a stiff drink in your trembling hands, and the mysterious beauty that you hope will be there waiting for you when you arrive.”

»Amber Galactic« is scheduled to be released on May 19, 2017 via Nuclear Blast and will be available as limited edition digipak CD featuring an alternate cover art (see at bottom of this message), 2LP vinyl (black and violet sparkle) and as digital download and stream via all known platforms.

The tracklist for »Amber Galactic« reads as follows:

When asked about the direction of NFO within the realm of classic rock, Strid explains with a chuckle: “Most other classic rock bands sound like weed or LSD – we sound like cocaine.”

Stay tuned for more coming soon in the world of THE NIGHT FLIGHT ORCHESTRA!