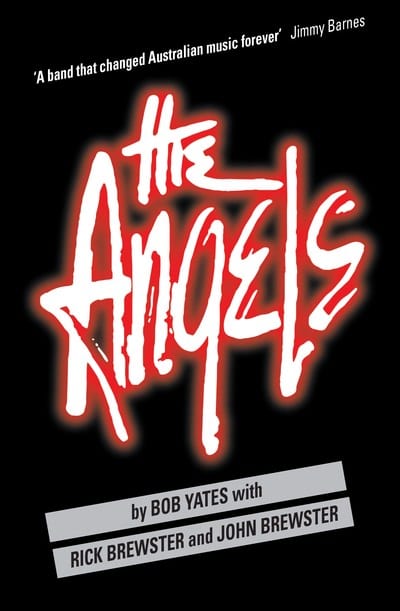 It’s a hell of a story. And now it’s all on one massive album – Brothers, Angels & Demons.

The Brewster brothers – John and Rick – from seminal Australian rock band The Angels are releasing a 36-song collection of carefully curated songs to coincide with the release of the first The Angels book.

As a collection of favourites and rarities from almost 50 years of music, Brothers, Angels & Demons album (out Fri 4 Aug through Liberation Music) is a must-have for all The Angels fans. The album starts with the Moonshine Jug & String Band, and also features choice cuts from The Angels’ chart-topping years with Doc Neeson, gems from the Brewster Brothers repertoire, plus some cracking tracks from the recent line-up of The Angels, with Dave Gleeson on vocals and John Brewster’s son, Sam, on bass.

“We’ve survived all these years and gone on to make new music – something we can be proud of,” John Brewster says.

Coinciding with the album release and a national tour, John and Rick have regaled long-time associate Bob Yates with the inside story, warts and all, to release the definitive authorised story of the band’s history. The Angels, released on 1 August, delves into the extraordinary journey of one of the greatest and most influential rock bands Australia has ever produced.

To celebrate the release of the Brothers, Angels & Demons album and The Angels book, John and Rick Brewster will be travelling around the country – treading a well-worn path from years of gigging – delighting audiences with an evening of reading, music, questions & answers.

As a special bonus, the MC for the evening will be Raymond Hawkins aka ‘The Electronic Swagman’ who spent many years on the road both here and overseas with The Angels as their brilliant lighting director. With firsthand experience of years on the road, Raymond brings with him his own humorous stories about The Angels

A unique night filled with rare insight into this iconic Australian band, these shows are not to be missed. John and Rick will also be signing copies of their book on the night.