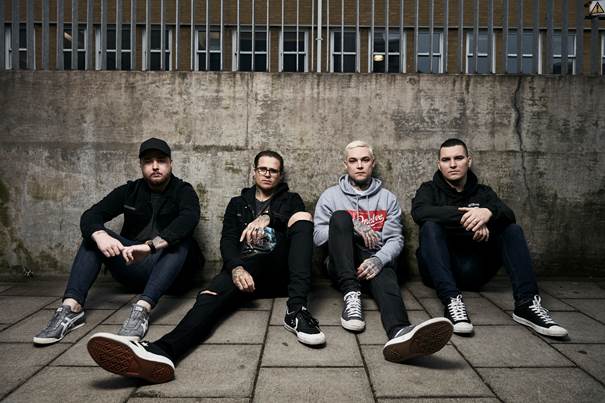 Australia’s The Amity Affliction have been on a consistent roll over the past few years conquering one milestone at a time. They now have one more triumph to their credit as they claim their third consecutive #1 ARIA chart debut this week with their new album This Could Be Heartbreak (out on Roadrunner Records)! What’s more is that Amity are the first local heavy band joining a group of other esteemed Australian musicians such as Silverchair, John Farnham, Hilltop Hoods and Missy Higgins to achieve several #1 debuts. While continuing to amaze the audiences on home ground, the band’s success has spread in the US as well as the UK with This Could Be Heartbreak crashing into the US Billboard chart just shy of the top ten at #12 , a #1 on the UK rock chart and #51 overall.

Following some of the biggest shows and tours of their career last year, and playing tracks from This Could Be Heartbreak for the first time to a passionate hometown crowd as part of their sold out This Could Be Heartbreak underplay shows (which sold out within five minutes of first going on sale), The Amity Affliction have also recently announced the  Death To Misery regional tour of Australia to take place in January and February of 2017 with special guests Hellions and Ocean Grove. 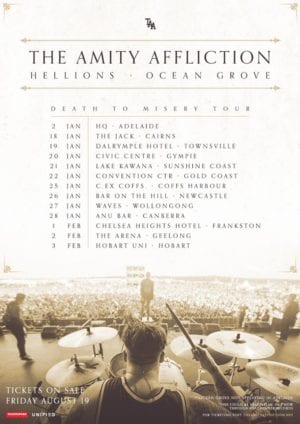