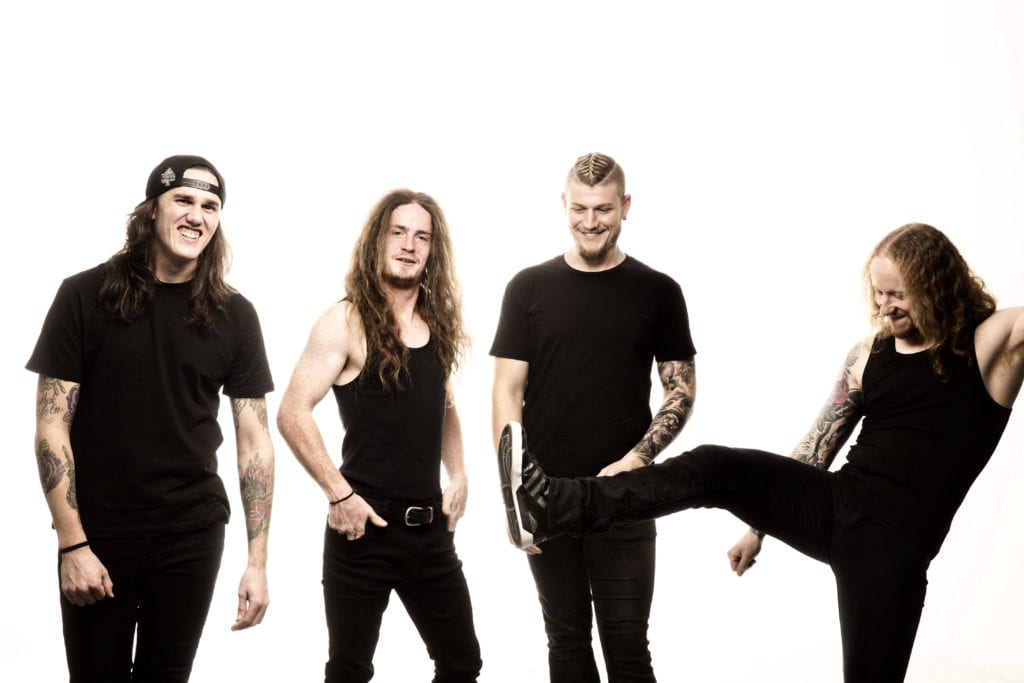 Never ones to shy away from a challenge, World Heavy Metal Champions Taberah have released the latest single from their upcoming album Sinner’s Lament: a galloping, thrash-drenched cover of The Eagles’ 70s classic “Hotel California”.

“I think it’s going to be a bit divisive,” says drummer Tom Brockman. “We are big fans of The Eagles and we all grew up listening to classic rock thanks to parents with immaculate musical tastes.”

“We wanted to create something a bit different and make the cover our own, while still paying respect to the original song and its writers.”

The cover begins with the familiar acoustic-jangles of the original, before the band’s signature guitar harmonies usher in a barrage of relentless drums, bone-crushing guitars and passionate vocals, all delivered with the certainty, humour and respect the band are known for. The video marks the band’s second collaboration with Dawnless Studios (www.dawnlessstudios.com).

Sinner’s Lament is set for a 19th May release through Rocket Distribution (Australia and New Zealand) and Rock Stakk Records (Japan). A European release via Killer Metal Records is TBC.

“Hotel California” is from The Eagles’ album of the same name, released in December of 1976.

Taberah are hitting the road in support of Sinner’s Lament with the following dates:

May 26th – The Brisbane Hotel, Hobart

May 27th – The Bendigo Hotel, Melbourne (Legions of Steel)

June 3rd – The Back Room, Brisbane

Pre-sale bundles, including the Australian digipack and exclusive merch, are now available from the band’s Big Cartel (www.taberah.bigcartel.com).