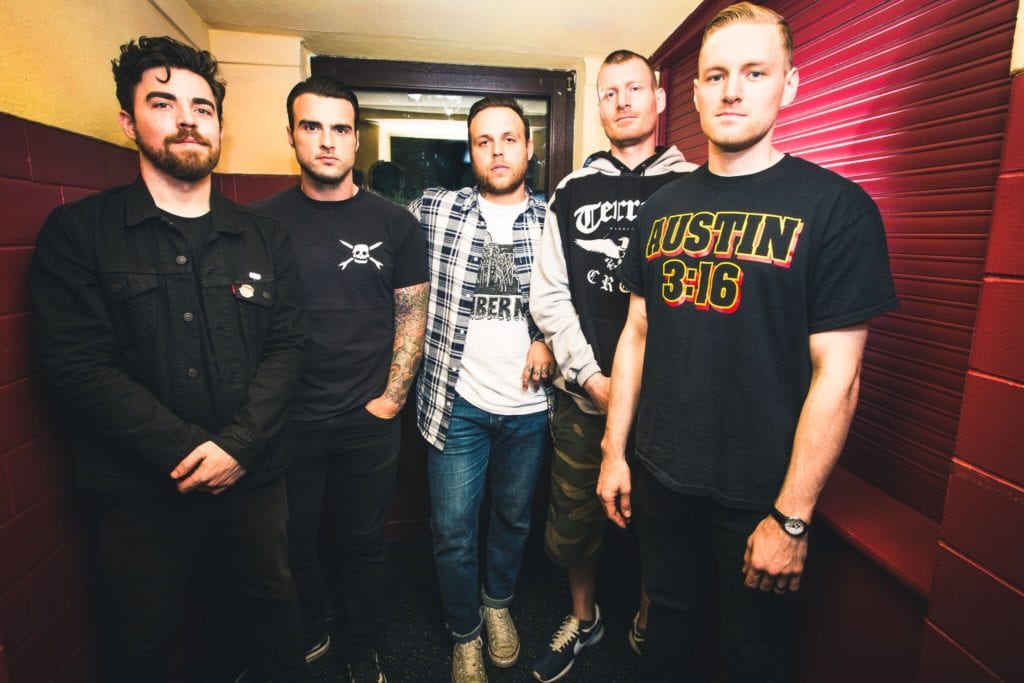 Stick To Your Guns has just announced an Australian tour for January 2017 and tickets are on sale now. They will be playing with with Knocked Loose, Relentless and Reactions. 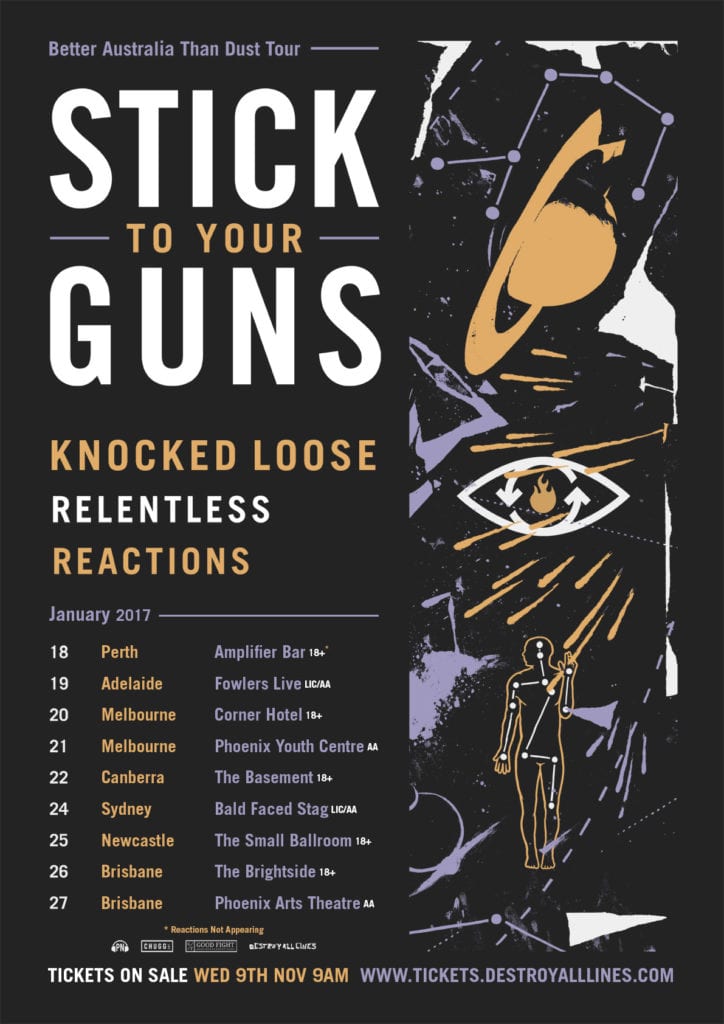 From the repress release:

Southern Californian hardcore legends Stick To Your Guns are bringing some serious heat down under this January with the ‘Better Australia Than Dust’ Australian Tour and are bringing Kentucky boys Knocked Loose and locals Relentless & Reactions with them! In what is likely to be a highlight of metalcore & hardcore fans’ calendars for 2017, the pair of US bands are hitting Perth, Adelaide, Melbourne, Canberra, Sydney, Newcastle and Brisbane for a mixture of 18+ and All Ages shows.

Stick To Your Guns have built a diehard following over the course of five full-length albums including 2012’s Diamond, which debuted at #1 on Billboard’s Heatseekers Chart, and the John Feldmann-produced Disobedient in 2015. The latter garnered praise from Alternative Press, Revolver Magazine, New Noise Magazine, and Rock Sound who included it among the “Top 50 Releases of the Year.” Their brand new EP Better Ash Than Dust was released in 2016 in September via Pure Noise Records – and is the reason for this epic tour! Along the way, the band crushed stages everywhere from Warped Tour to sold out headlining gigs across the globe. The band’s last visit to Australia was in 2015 alongside Architects and fans have been waiting over five years for Stick To Your Guns to return on a headline tour so they can play by their rules on our shores!