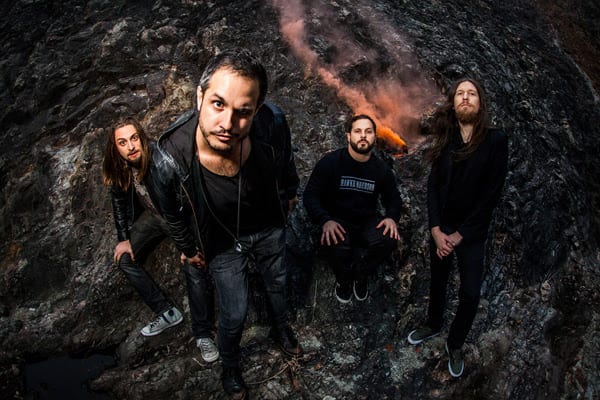 Osaka Punch have hired the Death Monster Super Squad. The grotesque grouping of misfits are coming for YOU on September 16th. Seven Harbingers of funk and prog-tinged with metal and a touch of pop will arrive on your doorstep, coming to collect on your bad music-listening sins.

The Death Monster Super Squad want you to hear Osaka Punch, no substitutes, no excuses.

Today, Osaka Punch are releasing one of the most bat-s*#t crazy clips you’ve ever seen for single Make the Call. Call it “Fear & Loathing in Bris-Vegas” if you want. An Acid-Fuelled trip (literally) to Brisbane’s famed EKKA was the brief… and that’s just what frontman Jack Muzak did. At this point, it’s unsure who the experience was weirder for… Jack Muzak or the unsuspecting punters who managed to find themselves in his vicinity.

Amongst all this, they are announcing their East-Coast Australian Tour for the EP release – they are bringing these crazed antics to Sydney, Melbourne, Brisbane and Byron Bay.

The Death Monster Super Squad EP was recorded while on a stint living and playing in the UK for the band – a trip that taught the band a WHOLE lot about themselves. They returned to Australia with a renewed vigour. Probably a little more street-wise. The tracks were recorded in the Grammy-Award winning Parr St Studios with Andrea Wright (Elbow, Anathema, Coldplay).

Osaka Punch returned to Australia in late 2015, directly into the bosom of an anticipatory hometown crowd in Brisbane – which kicked off what has been a BIG 2016 so far. They are a charismatic bunch, to say the least.

The growing hype surrounding this act is based solely on a virtuosic high-energy live performance showcasing the group’s ability to straddle any genre from authentic old-school funk to extreme modern metal. This flexibility has caused critics to draw comparisons to Frank Zappa and Mr Bungle, and has already earned them support slots with high-profile international acts and the creme-de-la-creme of the popular Australian scene such as The Fall of Troy, Dead Letter Circus and Closure in Moscow.

FOR TICKET DETAILS, GO TO FACEBOOK.COM/OSAKAPUNCH.