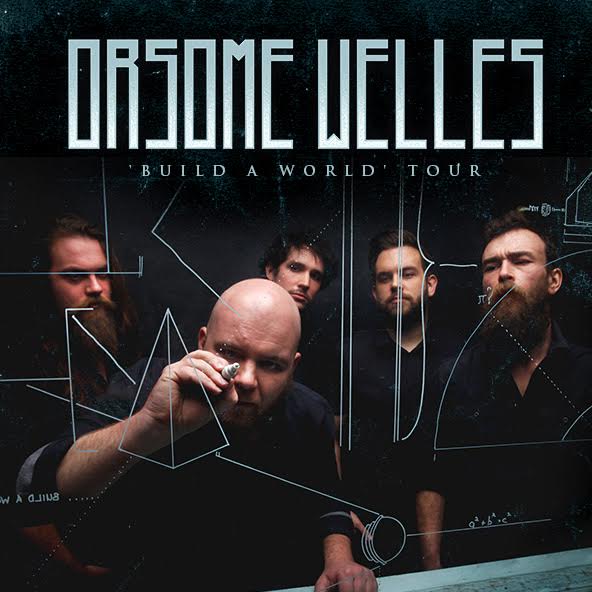 ORSOME WELLES
Release Music Video For Build A World
Rise EP To Be Released In November
Tour with Circles Beings This Friday
Melbourne’s heavy experimental creatives Orsome Welles will be releasing their new EP titled Rise in early November.
The band are touring nationally through September with Circles, to celebrate the release of the EP’s first single Build A World!
Today the band release the stunning music video for Build A World
Watch It Here

[youtube https://www.youtube.com/watch?v=ZWSzZthe-a4]Featuring amazing graphics and striking visuals of the band as test subjects to their mad scientist lead singer, the video is the brain child of Orsome Welles and the incredible Adrian Goleby.

Stowers says of the track, ‘creating ‘Build A World’ has been an amazing experience for us. From a backyard writing session all the way to our first ever video clip, this song has allowed us to grow as a band like never before. ‘Build A World’ is the first taste from our upcoming EP Rise, and we can’t wait for everyone to hear it and watch the video.’