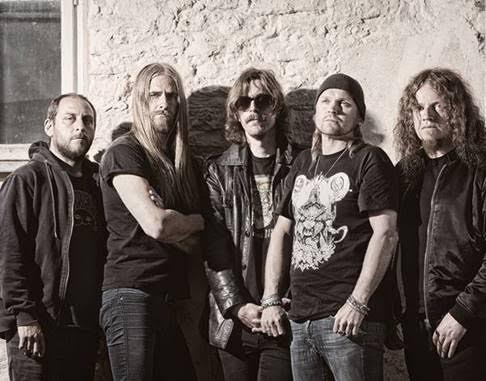 The centrepiece of the tour is “An Evening of Sorcery, Damnation and Deliverance” at the iconic Sydney Opera House.

Opeth are today pleased to announce the decision to undertake the Sydney Opera House performance in the round.

The Sydney Opera House will be subjected to the majesty of Opeth blazing brightly in a maelstrom of glorious power, surrounded by rapturous fans on all sides as they deliver one of the most unique performances of their astounding career.

This show will be one of the musical events of the year and is truly a once in a lifetime event which should not be missed.

The announcement offers up a previously unthought of opportunity for fans who missed out on tickets for the show which sold out in within hours – the decision to perform in the round opens up seats to the side of stage, plus seats to the rear of the stage in the choir stalls and organ gallery. Whilst these seats will not have the impact of sitting in the stalls of the auditorium they do include some of the closest seats to the stage and offer a very last chance to be a part of this historic show.

Those precious few tickets go on sale tomorrow morning Wednesday Dec 21 at 9.00 am Australia Eastern Daylight Time and are not expected to last long. Good luck to everyone and we hope to see you at the show.

In other news, following on from the near instantaneous sell-out of the first Melbourne show, Auckland has now also sold out. Australian fans still have the opportunity to grab tix for Adelaide, Brisbane, Perth and the 2nd, final Melbourne show.

These tickets won’t last forever so get your letter off to Santa now!