Ocean Grove have dropped the next instalment of The Rhapsody Tapes via their brand new video for “Stratosphere Love”. The video arrives just in time for their upcoming appearance on Splendour In The Grass as well as their own headline tour of Oz next month.

In “Stratosphere Love” we find Donny inviting random people off the street to enter the Oddworld to get an up close and personal experience with its overlords Ocean Grove.

“This clip delves deeper into the inner workings of the Oddworld of Ocean Grove with the pumping sounds of the Stratosphere providing a pulse. The Oddworld being a place born out of our last record The Rhapsody Tapes,” says frontman Luke Holmes. “In the formative stages of the record we had this idea of creating this paradigm, our own universe we wanted to more or less write a musical composition for, but as the record came along with its varying soundscapes and quirks it became quite evident that it was now the music shaping and obscuring this world we wanted to create. This place while as idiosyncratic as the music itself, began to mirror and reflect the oddities and challenges of the world we know.”

When we last spied Ocean Grove on earth, the band had just wrapped up their hugely successful maiden voyage to Europe where they tore apart stages on Slam Dunk Festival in the UK, slayed audiences with Australian label mates Beartooth and even sold out their own headline show in London before they even boarded the plane in Melbourne. In fact, the band did so well over there they are about to announce their return to Europe, as well as their first ever tour of the US. More details coming soon.

Next on the agenda for Ocean Grove is their debut appearance on Splendour In The Grass followed by their own Australian headline tour with their mates in Justice For The Damned, Broken and The Beverly Chills to officially celebrate the release of their epic debut, The Rhapsody Tapes. Melbourne and Sydney shows are already sold out, with the rest of the tour not far behind. 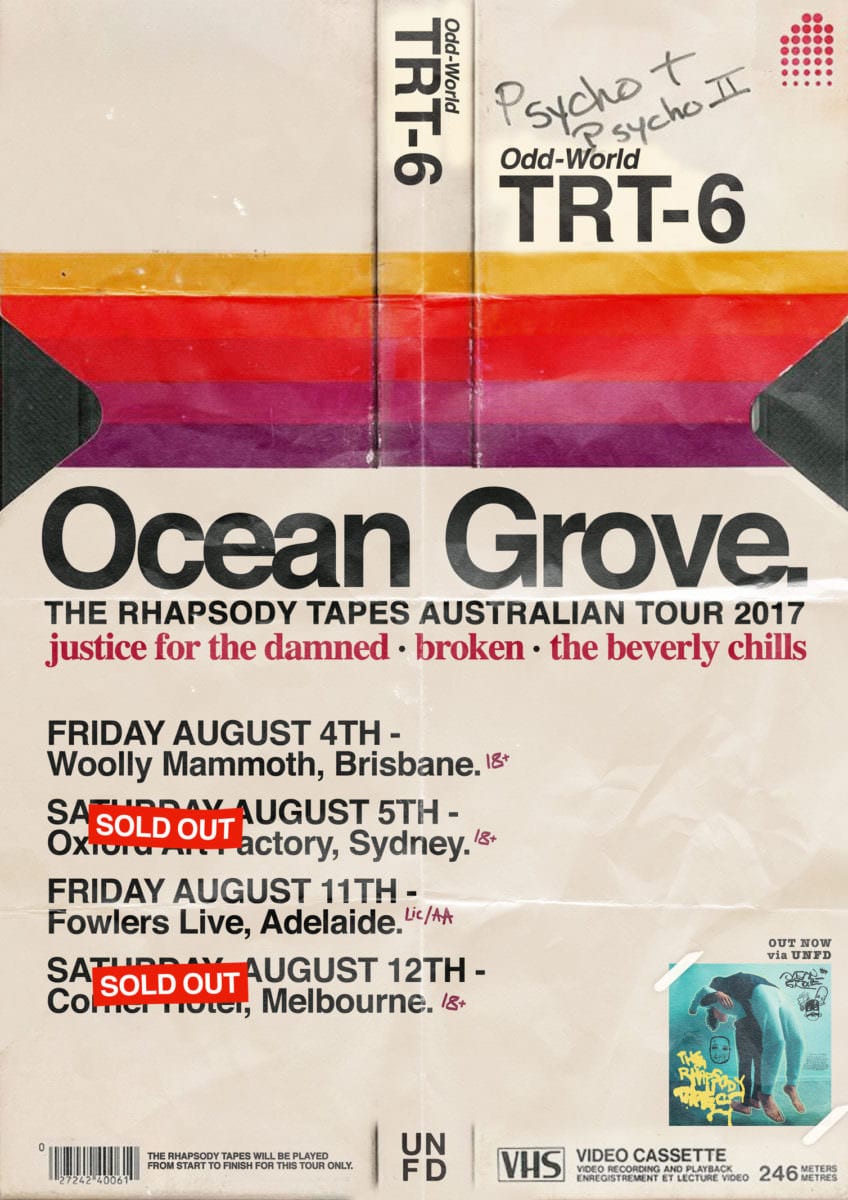