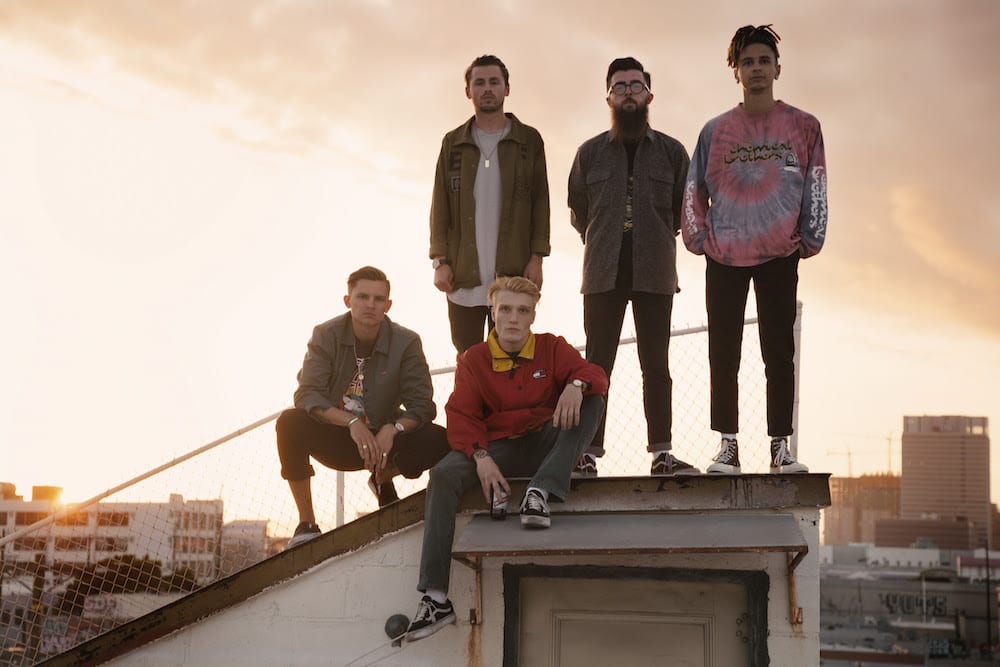 Neck Deep has announced their highly anticipated third studio album, The Peace And The Panic, due out August 18th via Hopeless Records. The 11-track album, produced by Mike Green (Pierce The Veil, Paramore), is a meditation on the constant duality of life and the struggles that come with it. It comes blessed with an acknowledgement that seizing the day and having a laugh with your mates is important, but so is the personal growth that comes with pain and existential crisis. This album will show a duality of sounds, which carries through to the various PEACE and PANIC pre-order bundles, now available at  https://neckdeep.lnk.to/TPATP.

Additionally, the band has released the first two singles and music videos from the album after their first spins earlier this morning on the Radio 1 Rock Show with Daniel P. Carter.

On the album, lead singer Ben Barlow says, “It’s not all ‘Let’s have a party and grab a beer’ this time, but I wouldn’t say it’s pessimistic, just realistic. Trying to make something of your life is a big theme on this record, as is dealing with depression and anxiety. We’ve all found ourselves in the last few years and grown up a bit. I’ve had to do a lot of soul-searching and maybe I’ve been hardened by life a little bit, but I feel ready to take on the world again, just in a different way.” For more information on Neck Deep and their upcoming album, please visit http://neckdeepuk.com/.

Their previous full-length, Life’s Not Out To Get You, debuted at #9 on Top Current Albums and hit#17 on the Billboard 200 charts, as well as #8 in the Official UK Top 10 chart. LNOTGY has sold over 60,000 units in the US and over 35,000 in the UK. The record was also listed as #3 on Rock Sound and#13 on Kerrang!’s ‘Top 50 albums of 2015’ charts. Additionally, the album has seen over 100 Millionstreams on Spotify and saw great play on Sirius XM Faction and additional radio stations.

For Wrexham pop-punks Neck Deep, the trajectory of the last half decade has been, seemingly, one of unbridled success. Comprehensively the most successful British band in the history of their genre, and with an average age of just 23, they have risen – at a pace so head-spinning it nearly snapped necks – to become the zeitgeist capturing band of their generation and scene. They’ve scored Kerrang! andAlternative Press awards along the way, completed two summer-long stints at Warped Tour to unprecedented crowds, worked alongside legends like Mark Hoppus of Blink-182 and completed a 2016 headline world tour of their own which took in some 15 countries across 4 months and sold in excess of52,000 tickets.

The truth, as anyone who has even a little experience will tell you, is that when life takes away it also gives – in self-confidence, in conviction and in a galvanized dedication to expressing what lies inside you in the very best way you can. Neck Deep are here to prove that, and a whole lot more besides.

Neck Deep – The Peace And The Panic is out August 18
via Hopeless Records/Unified.